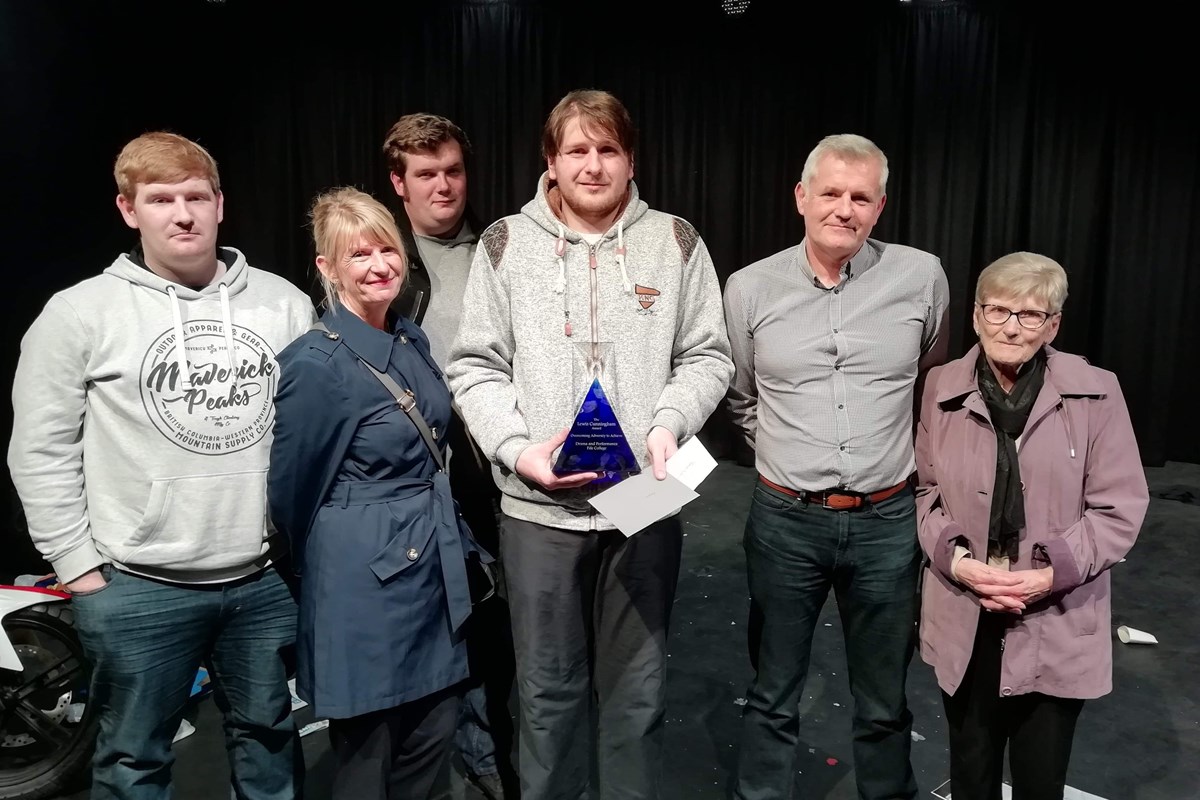 Fife College Acting and Performance student Robert Litwin, from Kirkcaldy, was presented with the first ever Overcoming Adversity Award recently.

Awarded in memory of former student Lewis Cunningham, the award was created by his family to honour his love of drama.  Following Lewis' untimely and unexpected death earlier this year, they have decided to present a monetary award (as well as a beautiful statue) to one of the College’s Acting and Performance students every year.

Lewis’ family, from Burntisland, are pictured presenting the award to Robert after a recent show by HN2 Acting and Performance at the College’s Kirkcaldy Campus.