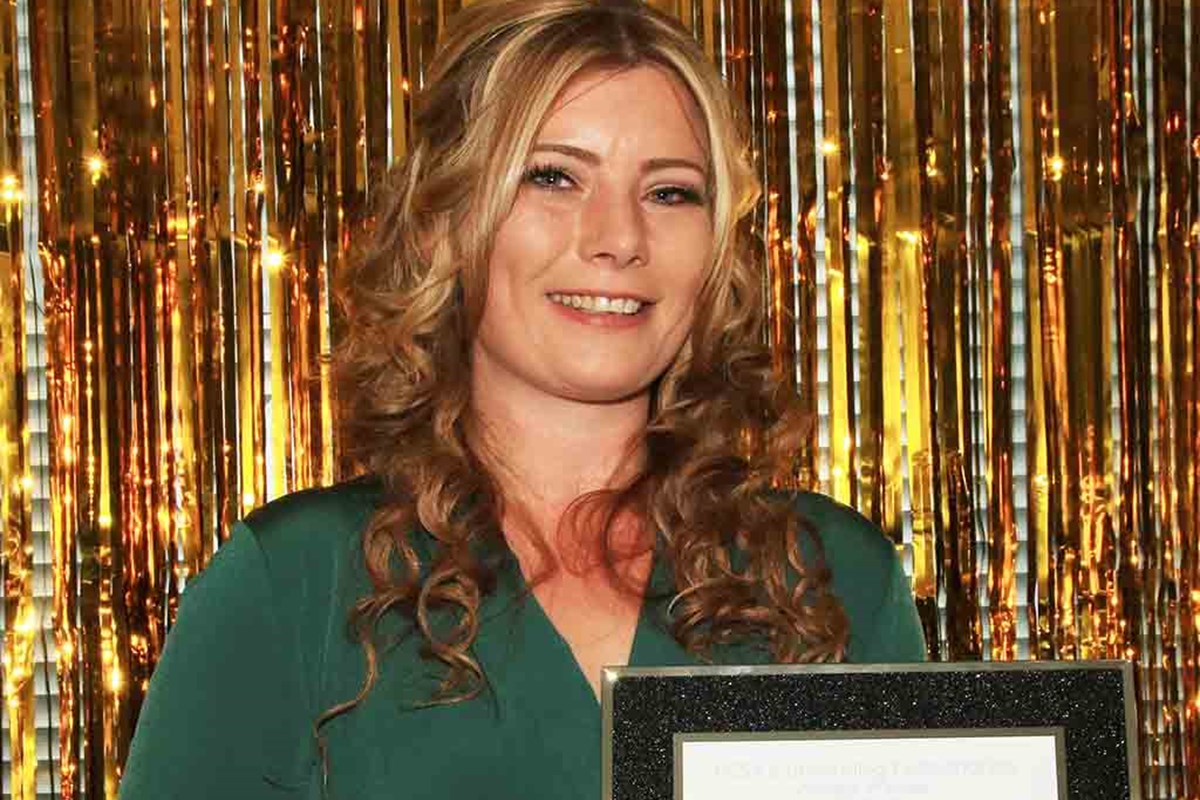 Carol with her award she received from the FCSA for overall outstanding performance.

Fife College’s new student president Carol Hunter, is determined to encourage others in to learning, just like her late Dad inspired her to do!

Carol, who is a Mum of three, was delighted to win the award after volunteering with the FCSA last year to support her fellow students.

Returning to college has been a great experience after initially attending university from high school. Explained Carol: “After school I went straight on to university to do Primary teaching but found it overwhelming and not for me. I think it was partly because I came from such a protective loving family and university life was so different to what I had known.

“I went on to work in accounts, I was settled, had kids, and got comfy in my nine to five job with no real ambition to do anything else. My Dad knew I could do much more with my life, and before he died in 2014 he encouraged me to go to College, to get some qualifications under my belt and learn something that I enjoyed.”

Carol followed her Dad’s advice and enrolled on the HNC Social Care course three years ago, completing her HND in Social Sciences this year.

Alongside her new role as FCSA President for Education and Representation, Carol will be studying for a degree in Social Sciences with the Open University thanks to Fife College’s articulation route.

With three years of student life under her belt, Carol feels well equipped to deal with any challenge that is thrown at her in her new role and is looking forward to working alongside Jen Anderson who was re-elected this year as FCSA President for Welfare and Equality.

Added Carol: “When I won the election last month I was over the moon and so to then win the award last week was the icing on the cake. Since then I have found out that I have passed my HND and so I can now study for a degree with the Open University, thanks to the articulation routes the college has. I am delighted to be combining work with study which suits my family circumstances and fits around my new job.

“I am looking forward to representing our students and have loads of ideas to help support the FCSA and continue on the great work it has been doing.”

“I know this new role will help me widen my skills and knowledge and enable me, hopefully, longer term to use my qualifications and experience in a career which supports other people coping with the effects of adoption and difficult transitions in life.”