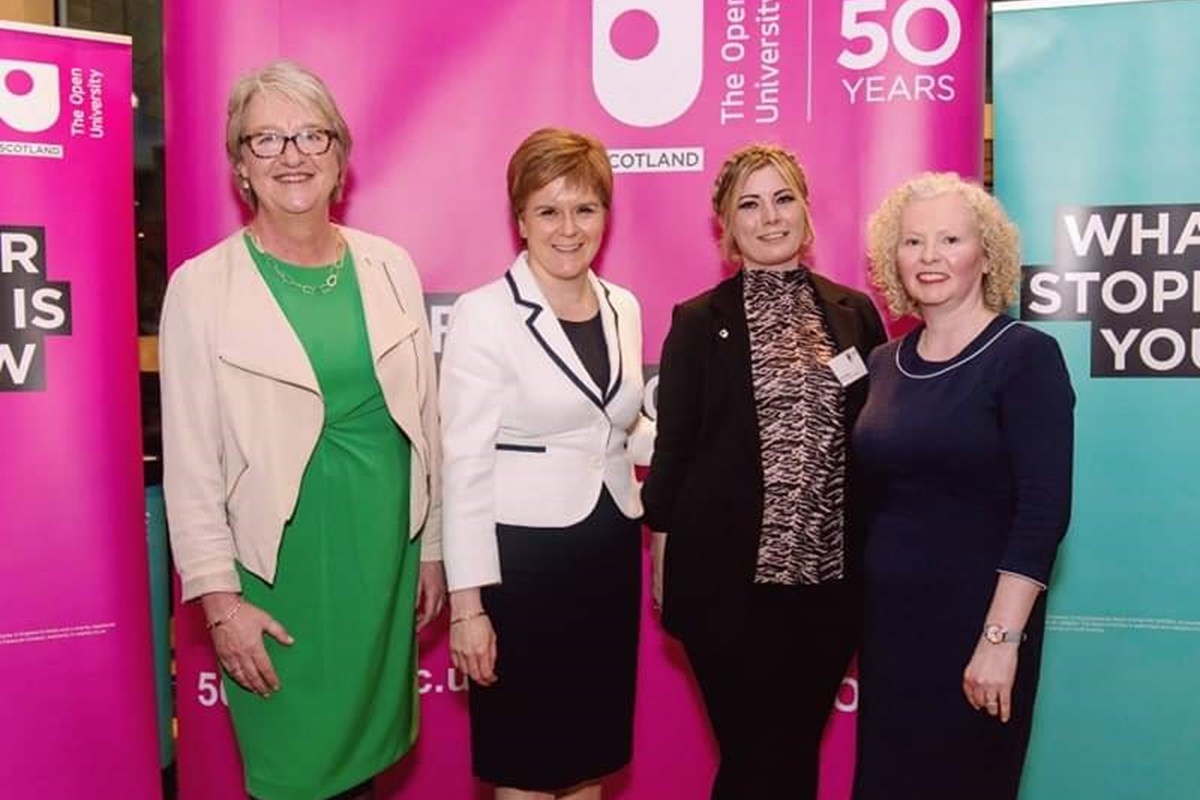 Introduced by Susan Stewart, Director of The Open University in Scotland, Carol discussed her personal journey and the difference being able to articulate to an OU course from an HND at Fife College has made to her life, allowing her to complete an Honours degree as she had originally hoped to do many years earlier.

Carol’s speech was very well received and, at the end of the event, she was personally congratulated by First Minister Nicola Sturgeon MSP both for her speech and the efforts she has made to achieve so much.

Carol said: “It was a great experience to share my story at the reception. I believe it is important that college articulation routes are marketed to potential students in the same way that “traditional” university routes are as this route can often offer a better education transition for those who have different individual circumstances.

“It is also important that we celebrate the achievements of students and what The Open University represents as a whole. Without The OU, myself and many others would not be able to achieve what we have.”

Ann Playford, University Partnership Co-ordinator at Fife College, also attended the reception. Ann said: “Carol’s speech was truly inspirational and she was keen to emphasise the importance of the articulation process and the flexibility of OU study as key contributors in her success.”

Part of The OU’s 50th anniversary celebrations, the Parliamentary Reception was sponsored by Claire Baker MSP.

Claire is a descendant of Jennie Lee, who was an original founder of The OU, and opened the event with a brief history of the organisation bringing things up to date with a members’ debate held in parliament the previous day.

There were representatives from many partner organisations in attendance, together with present and previous OU staff and several MSPs. The event was closed by a speech from Susan Stewart who also thanked all the partners who support the work of The OU in Scotland. Susan pledged to continue the forward thinking which saw the birth of the original organisation and hoped that there would be a similar celebration in another 50 years.