College collaboration with SHIELD hits all the right notes 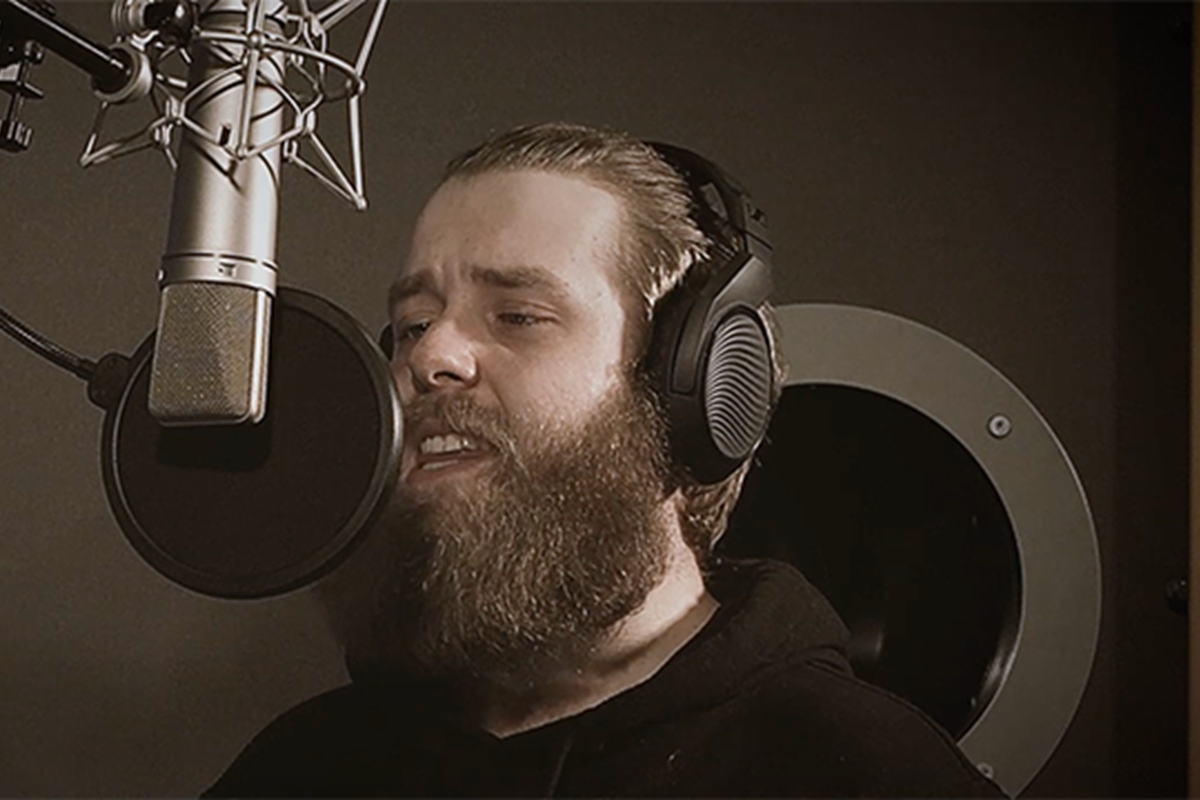 Fife College’s creative industries department have teamed up with voluntary organisation SHIELD to record a song which celebrates the organisation’s recent success.

The song, recorded at the College’s Glenrothes Campus, also thanks SHIELD’s various contributors who have helped them to support those most affected by the pandemic over the last eleven months.

The self-funded group, created in March last year by Sarah Keeble, has so far supplied over 25,000 free meals and delivered over 60,000 tonnes of goods to those most in need in the community.

Titled ‘Raise your Shield’, the song was chosen following an online competition which asked applicants to create a positive and uplifting track which celebrated the work of the group.

The winning track, by Reilly Brown, was chosen from over 40 submissions from sound production students at the College with Zoe Young’s entry second and Jae Kirkwood’s third.

Reilly’s winning track was then recorded at the College by lecturers Neil Bethune, who acted as Creative Director for the project, and Graham Deas with support from sound production student Jackie Harvey. Local artist Ben Carscadden lent his talents to the project as lead vocalist with members of the SHIELD team providing backing vocals.

A music video to promote the track was also produced by screen production students Alasdair Wallace and David Forsyth, with support from the department’s technician Mark Boyd.

“SHIELD’s song is a fantastic way to celebrate the group’s amazing work since last March. We were absolutely delighted to help the search for the right song for them and then work with Sarah and her team to put the track together at our Glenrothes campus studios.

“The project was also a great chance for both our screen and sound production students to put some of the knowledge and skills they have gained on their courses into practice.”

Sarah Keeble, founder of SHIELD, who are also based at the College’s Dunfermline Campus, said:

“Working with such talented people was a huge honour and we hope to link in again and offer other projects for students at the College to get involved in. We’re really happy that the song and video have made so many people smile, which is what life needs more of right now!”

‘Raise your Shield’ is available to buy on SHIELD's Bandcamp page.

The music video can for the song can be viewed on YouTube.

For more information about SHIELD’s work, visit their Facebook page.