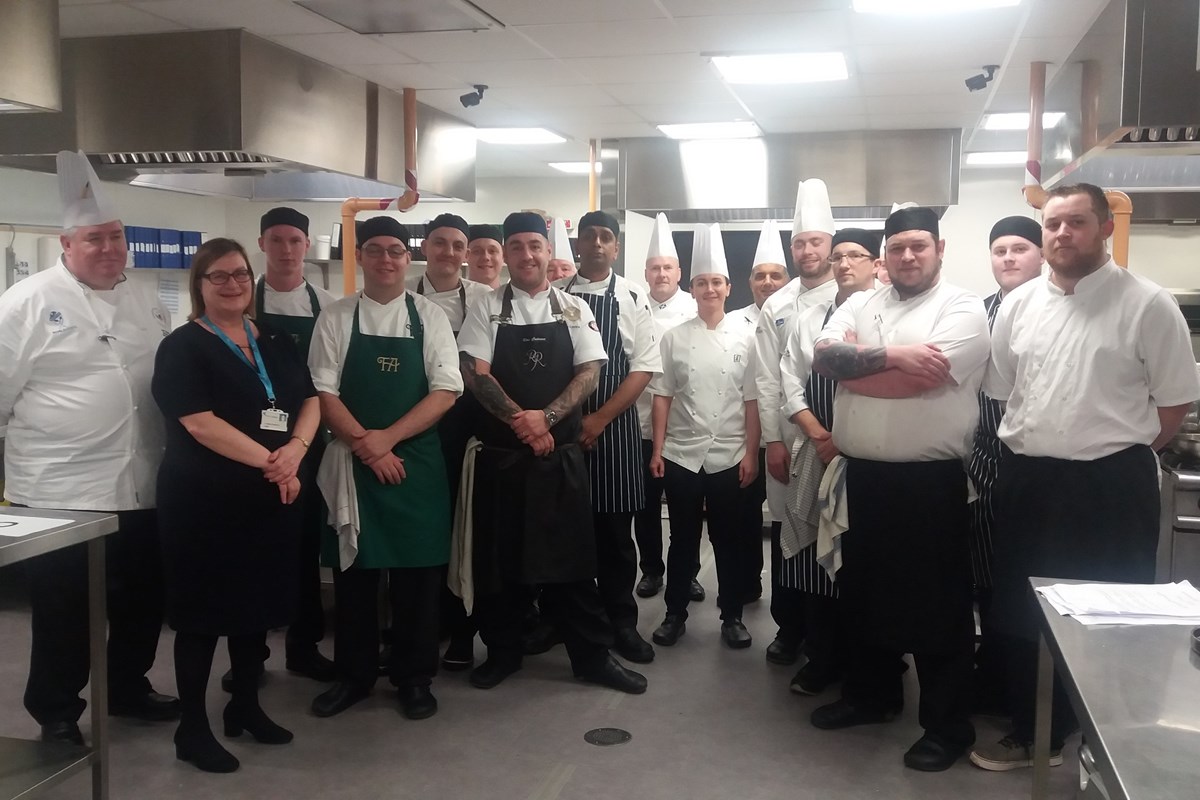 Competitors at the Scottish Chef of the Year heat at Levonmouth are pictured with Lindsey Robertson (second from left), Curriculum Manager for Culinary Arts at Fife College.

Fife College’s Levenmouth Campus played host to the heats of the Scottish Chef of the Year recently.

Ten top chefs from across Scotland competed at the Levenmouth kitchens for places in next month’s final in Glasgow.

A number of Culinary Arts students, based at the campus, also played their part on the day helping the competitors familiarise themselves with the facilities and supporting them throughout the event.

The judges at the heat in Levenmouth were Joe Queen, Kevin MacGillivary, Jav Aziz and Ian MacDonald from Scottish Chefs, Federation of Chefs Scotland.  Previous winner of the Scottish Chef of the Year Lorna McNee was also part of the judging panel.

In the end eight of the ten chefs were chosen to go forward to compete for the accolade of Scottish Chef of the Year at the industry trade show, Scothot.

Scothot, the Scottish Culinary Championships, takes place at the SEC Glasgow next month.

“To see some of the best professional chefs from across Scotland competing at the Levenmouth Campus was a real privilege for us.  It was great for our students to see first-hand the skill, knowledge and expertise of the competitors during the day.  Good luck to the chefs who were chosen to go on to the final next month.

“The facilities at Levenmouth really are excellent for this type of event and we hope to play host to similar events again in the near future.”