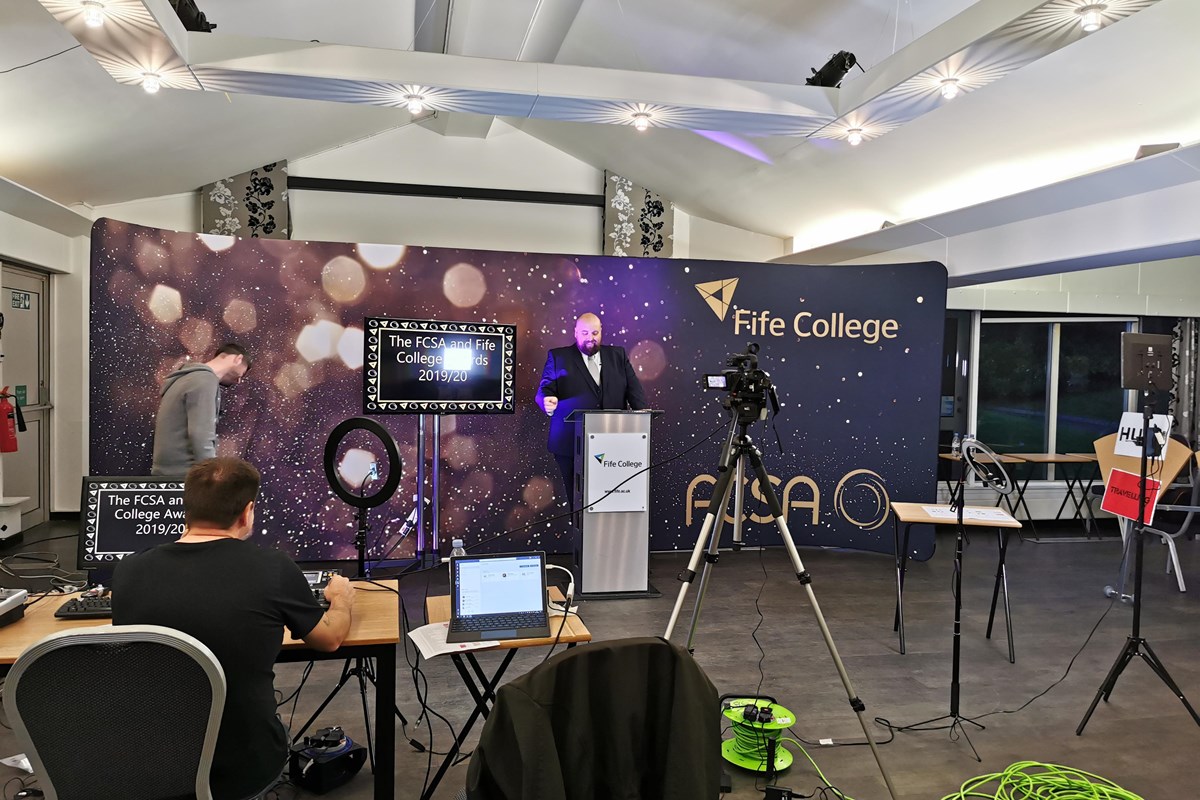 Fife College and the Fife College Students’ Association (FCSA) went the extra mile to put on its awards night this year, as it was live streamed online with individual awards delivered to the homes of the victors.

Originally scheduled to take place in June at the end of the previous academic year, the awards were postponed until October in the hope being able to do it in person.

But with that not being possible due to the pandemic, the Fife College Students’ Association put on a memorable online evening with awards presentations and congratulatory messages from special guests.

Politicians from across Fife recorded messages for the winners, in addition to the Scottish National Clinical Director Jason Leitch sending his best wishes, and Team GB Paralympian Derek Rae who sent on a message to the winners of the sports awards.

The awards themselves were delivered with no physical contact, with the trophies and certificates packed into bags seven days before being delivered to the winners. The presenters wore facemask and gloves when taking the bag from their vehicle, before filming the reactions of the winners with their prior agreement.

The evening ended with College Principal Hugh Hall delivering the Fife College Staff Member of the Year award in his tuxedo to the winner, Donna McFarlane.

“We were obviously gutted that we weren’t able to put on the awards night as planned back in June, and despite postponing, it became clear we weren’t going to be able to do things as normal.

“That’s why I was so glad we were still able to come up with such a unique and fun evening for all of the nominees and winners.

“It was great to have students and staff able to follow the awards online, and being able to see the reactions of the winners as they received their awards was absolutely fantastic.

“I want to thank all of the presenters who literally went the extra mile to make sure the winners received their awards in such a memorable fashion.

“Thanks too to all of those who sent in congratulatory messages – I know everyone nominated really appreciated knowing that they had your support.”

“Fife is quite important to me as its where my family are from.

“My Dad and his family are all from Dunfermline, so the region is very close to my heart, and my Dad is also a retired further education Senior Lecturer.

“So I’m absolutely delighted to lend my congratulations to each and every one of you who were nominated, particularly those getting prizes this evening.

“I’ve seen a plan of how you’re intending to do that and it’s COVID safe, and fantastic, so congratulations. I’m really, really pleased for all of you.”

The congratulatory message from Jason Leitch can be viewed here.