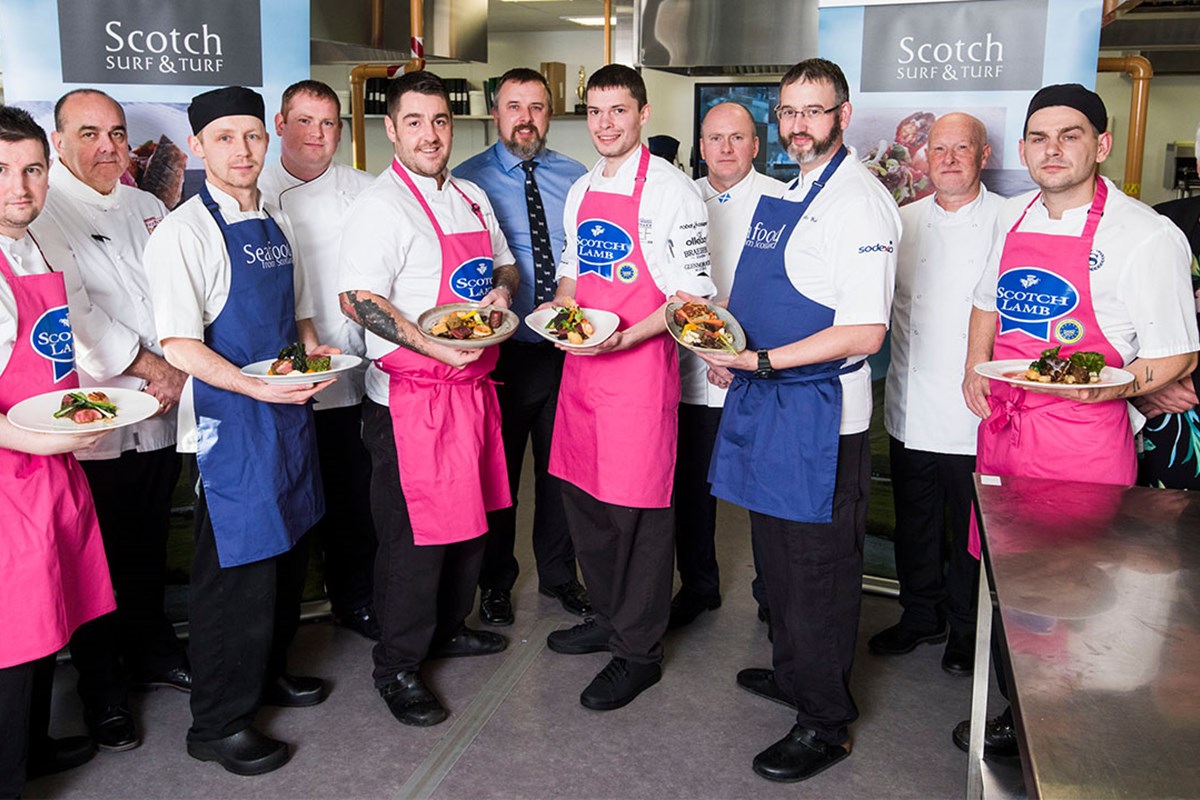 Held earlier this month, the competition challenged the talented chefs to design creative dishes which combined two of the top ingredients of Scotland’s outstanding larder – Scotch Lamb PGI and seafood from Scotland.  The dishes were then judged by experienced Scottish chefs and representatives from Seafood Scotland and the National Sheep Association.

Advanced Certificate Professional Cookery students from the College played their part at the final by helping the competitors familiarise with the facilities and supporting them throughout the event.

Chef Cochrane was presented with the prestigious title at the annual Scottish Chef’s Conference where Scotch Beef PGI was served along with other Scottish produce in a street-food style banquet.

“To see professional chefs from across Scotland, who are at the top of their game, competing at the Levenmouth Campus was a fantastic privilege for our students.  The event gave them a real insight into the intensity of working under pressure to produce a unique dish under competition rules.

“The facilities at Levenmouth are excellent for this type of event and we hope to play host to similar events in the future.”

Looking to cook up a career in professional cookery and hospitality?  Start your journey in January with SVQ Professional Cookery level 4 places available in Halbeath and Levenmouth campuses.

For further details about Culinary Arts and Hospitality courses at Fife College, visit our course pages.