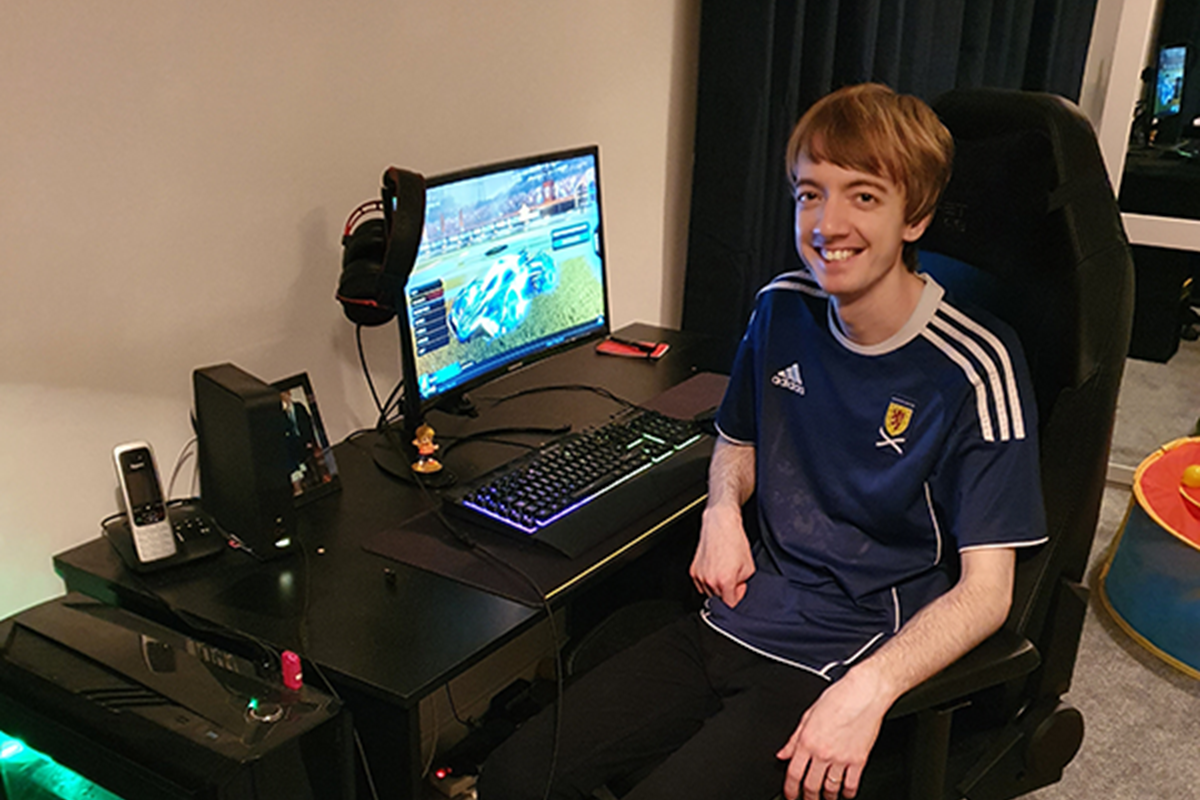 Fife College has selected its esports team that will compete in the first ever Scottish Colleges Cup at the end of this month.

Jamie Montgomery, Jack Greenhill-Lally, Nathan Sim and Craig Forrest came out on top of the qualification tournament held to decide which gamers from the College would represent them in the inaugural competition.

Playing popular vehicle football game Rocket League, teams of three competed against each other to see who could score the most goals in several five minute matches.

And despite only forming their team on the day of the tournament, Jamie, Jack, Nathan and substitute Craig bounced back from losing their opening two matches to win their final six games and earn the right to represent Fife College.

The inaugural Scottish Colleges Cup is being organised by the British Esports Association in partnership with the College Development Network, and will see eight colleges from across Scotland compete against each other in a Rocket League tournament.

Taking place on the 28th and 29th of November, the competition will be broadcast on Twitch for fans of esports to watch the action as it happens.

“It is a huge privilege to be not only representing the college in the up-coming esports tournament but to be taking the role of team leader.

“Although the try-outs didn't always going according to plan, I'm glad to be playing beside some good players and feel confident that we can achieve the best within the tournament.

“I feel my experience over the years playing Rocket League has led me up to this moment and I don't intend to lose without a fight.”

Sarah Herzog, a lecturer at Fife College, has been overseeing the team selection and said she was excited to see how the Fife College team would fare.

“Congratulations to Jamie, Jack, Nathan and Craig for performing so well in the qualification tournament.

“We had teams from across our college enter, and the competition was fierce, so it was a great achievement from them all to come out on top.

“Esports is already popular in Scotland, and the Scottish Colleges Cup is a great opportunity to grow the sport in colleges across the country.

"I'm also excited to see our students expressing their community and college spirit by supporting each other in this competition.

“We’re confident that Fife College can challenge for the cup, and I can’t wait to see how the team gets on at the end of this month.”