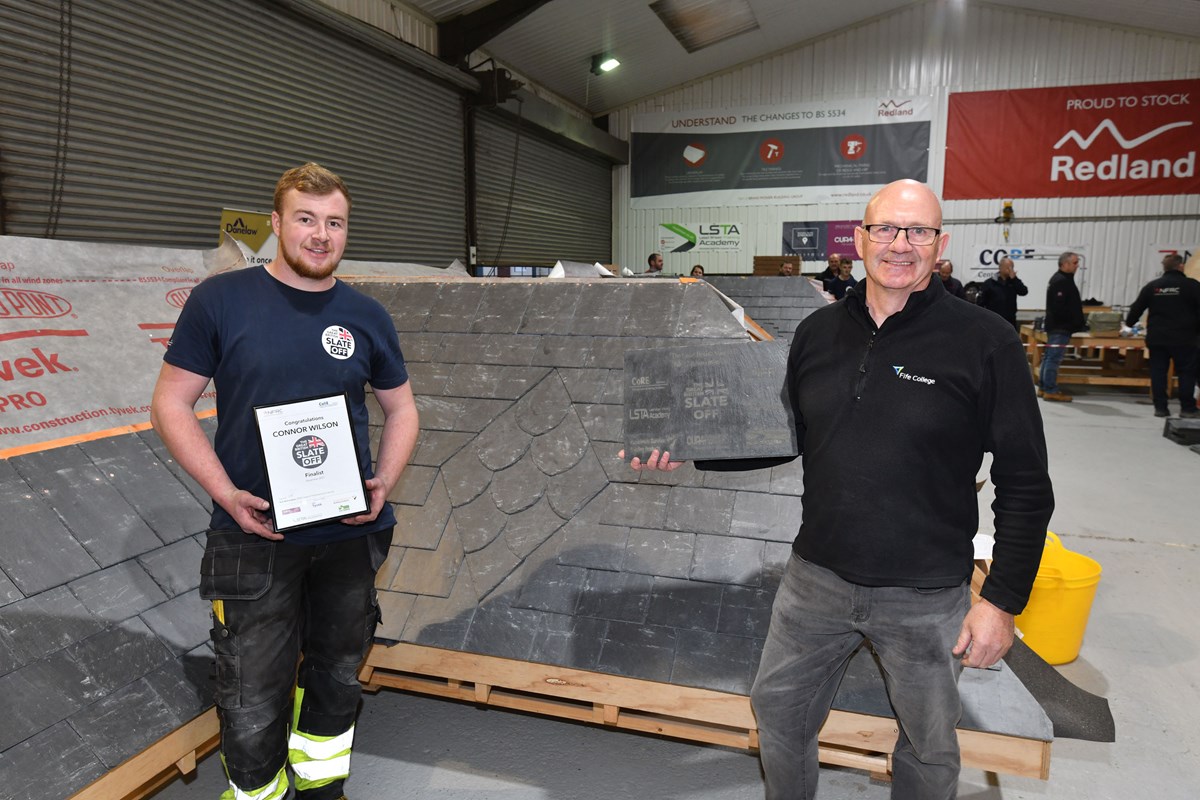 Fife College student Connor Wilson has taken part in the very first 'Great British Slate Off' competition at the Centre for Roofing Excellence (CoRE) in Hereford.

Connor, from Cardenden, was one of six student slaters to qualify for the final of the UK-wide competition. On the day they were all challenged to show their expertise by completing an ornamental roof design within a six-hour time frame.

A panel of expert judges then decided the winners based on those with the best craft knowledge, hand skills, precision and time management.

Connor, who studies roof slating and tiling at the College and is also a second year apprentice at SM Roofing and Building Ltd in Glenrothes, only narrowly missed out on winning - losing by a single point to the eventual winner.

However he was commended for this effort and received a certificate and engraved slate for his performance, and afterwards said that he had enjoyed the competition.

"Competing in the first ever Great British Slate Off was an amazing experience.

"There were a few nerves beforehand but as soon as the whistle went that was it, I knew I had to get my head down and complete the task.

"While I would have obviously preferred to have won, this was a great way to prove to myself that I have the knowledge and experience to perform well under pressure.

"My time at the College has been really useful in preparing me for this, and the advice and support from my lecturers was invaluable."

"We're really proud of Connor and all that he's achieved.

"He did brilliantly in the heats to make the final, and he produced some amazing work on the day to only narrowly miss out on winning.

"We're always keen for our students to stretch themselves and show off what they've learned at the College through competitions like this.

"Connor has already shown himself to be an amazing craftsman, and we look forward to watching him continue to develop."