Fife College students cater for the stars at VIP dinner 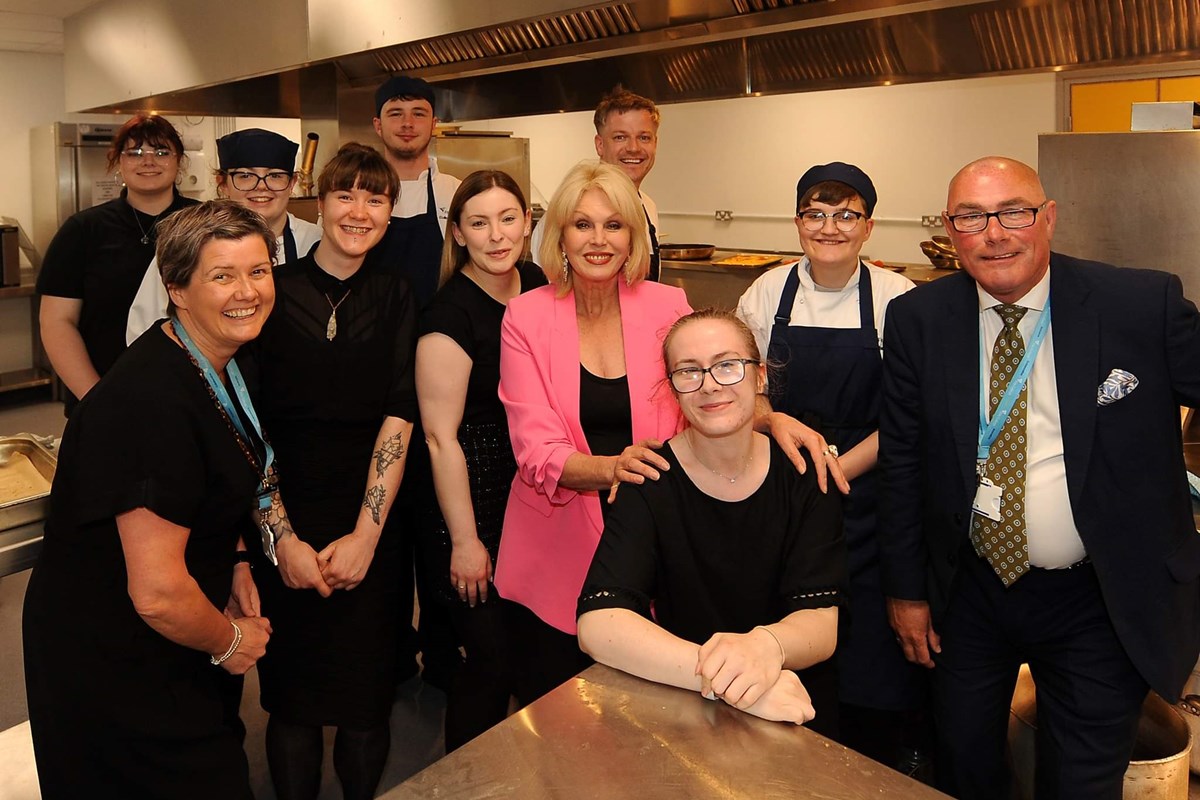 Part of the Adam Smith Festival of Ideas, the VIP dinner and reception at the College’s Kirkcaldy campus offered students a unique experience to cater for some of the country’s most famous faces.

The dinner, which took place in The Academy training restaurant, followed a special event at St Bryce Kirk which saw guest of honour Joanna Lumley share stories from her celebrated career in acting, modelling and broadcasting.

Hosted by fellow actor, and close friend of Lumley, Arabella Weir and introduced by former Prime Minister Gordon Brown, the event at St Bryce Kirk was one of several events which took place to mark the return of the Festival of Ideas.

The return of the festival, which opened with a lecture from Dr Okonjo Iweala, Director General of the World Trade Organisation, also saw the return of the popular Food and Drink Fair in the College’s atrium.

Hundreds of people attended the fair which included demonstrations by local industry professionals and young talent, including former Fife College students, kids’ workshops, and stalls offering tastings and the opportunity to purchase some great local produce.

One of the students involved in preparing the VIP dinner, Professional Cookery student Kimberley McCabe, said the event was a fantastic experience.

“Saturday night was a great experience and opportunity for me, and I enjoyed working in a way that is similar to what it is like in the industry.

“I also enjoyed the fact I was cooking for famous people. I appreciated that I was given this opportunity and would help out at similar events in the future.”

"It was a wonderful opportunity to experience this with my peers. The guests were lovely and a pleasure to serve, definitely a highlight of my college journey!"

Former HNC Professional Cookery student Jack Rae was one of the ex-students who put on a demonstration during the Food and Drink Fair.

Jack, who now works for Koku Shi in Kirkcaldy, said:

"Being an ex-student, it was amazing coming back to demo the skills I have learned at college and in the industry. The Food and Drink Fair showcased loads of local produce, it was great being part of it. I am buzzing, and can't wait to be invited back next year."

“It was a privilege to host Dame Joanna Lumley, former Prime Minister Gordon Brown, Arabella Weir and other well-known faces at The Academy as part of the Festival of Ideas.

“The VIP dinner and reception was a fabulous opportunity for our students to showcase their skills and experience.

“We were also delighted to see so many at the Food and Drink Fair which offered a great chance to open our doors to the local community as well as welcome back some of our former students who have gone to do so well in the industry.

“It was a fantastic effort from students and staff from across the College to put together the dinner, reception, and fair. I hope everyone who attended had a brilliant time.”