Fife College students prepare for their moment on the big screen 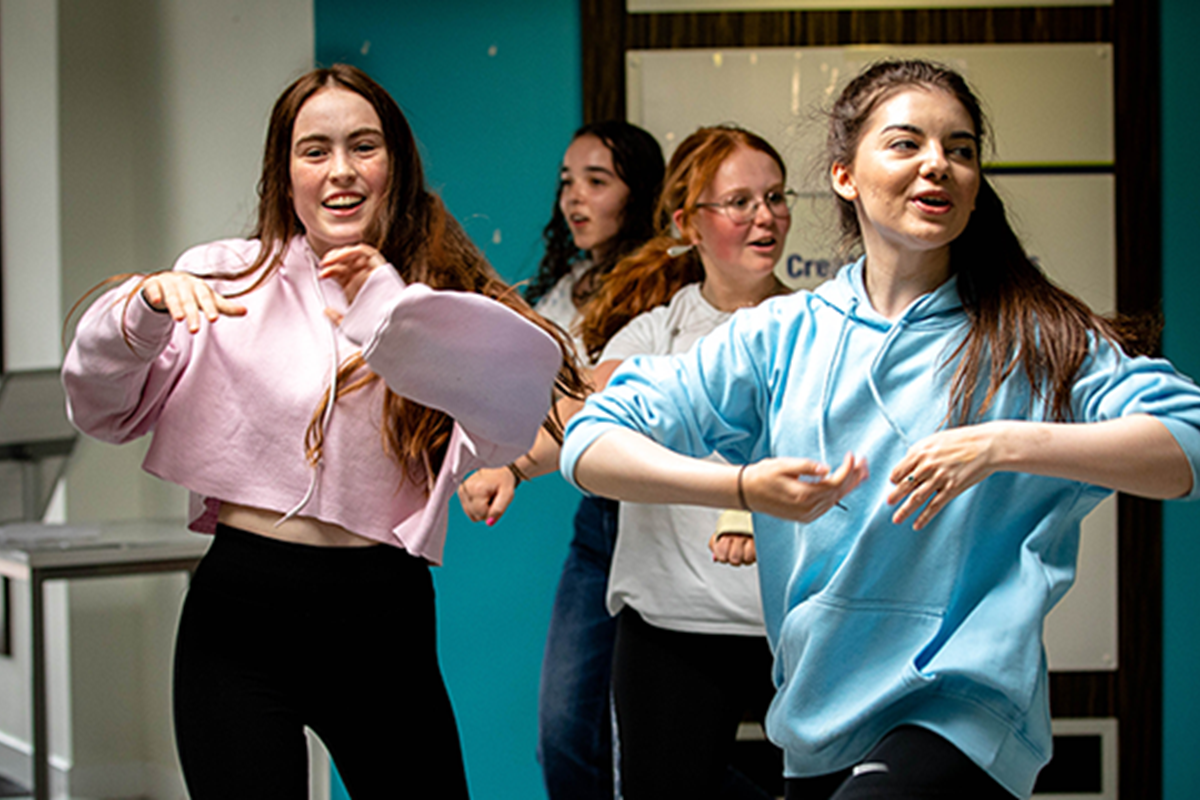 A new musical movie, filmed at Fife College and starring several students, will be premiered next week.

'It Takes Two’ is set to hit the big screen on July 24 with a premiere for cast, crew and crowdfunding contributors at the ODEON in Dunfermline.

One of the big musical numbers in the film was shot in the canteen area at the College’s Dunfermline campus, with the rest of the film shot at other local venues, including The Alhambra Theatre in Dunfermline, the Fairmont Hotel in St Andrews, Dunfermline High School, Substation Recording studio in Rosyth, Dalgety Parish Church and the Royal British Legion in Dunfermline.

Seven Fife College creative industries students were cast in key roles in the movie, giving them a chance to showcase their acting, singing and dancing skills which they have been developing at the College.

Each student also gained experience of filming with Covid restrictions in place, as every cast member was asked to strictly follow all Scottish Government restrictions and the advice given to the film and TV industry, including the in-depth rules and procedures for filming on-set, which were in place in 2021.

Filmed in Summer 2021, the movie is an original musical feature-length film with all original songs where twin sisters Olivia and Rosie use their love of the stage to help save a local theatre from closure. However, all could be jeopardised when a big break opportunity puts both family and friendships to the ultimate test.

The main message of the film entertains the value of support in communities, and how even during the toughest of times, once we unite together, we can overcome all obstacles.

Luis Mutch, a Fife College student who plays the role of Mr. Connor, the school headmaster, in ‘It Takes Two’ said:

“I really enjoyed my time being a part of this project - it's a great story. I know all of my fellow students enjoyed the experience of being on a film set and gaining the experience they may need for the future.”

"It will be really enjoyable to see what we have accomplished on the big screen. Filming was great so it should be a brilliant spectacle."

The director of the film, Benjamin Atkinson and song/story writer, Katie Atkinson said they were excited to see all the students’ great work coming together on the big screen.

“The past year has been a particularly difficult time for the creative arts industries around the world. As a result of the COVID-19 pandemic, many of our beloved theatres are faced with the real life threat of closure”

“We want to make this message known through our film and celebrate the true magic of our theatres. Performing is not just a hobby, it's a confidence builder, a collaborative profession and a way to express yourself.

“Support for one another is so important and that's why we want to raise more awareness of the troubles faced by the creative arts, and promote how we can all play our part in helping those businesses and people that have been badly affected by this global crisis.

“Fife College have been a huge help in making this film a reality. Not only have they allowed us to use their campus for filming several key scenes, we also have several of their amazing students acting in the musical movie.”

“They’re all incredibly talented, and it’s been a pleasure to work with them and give them experience of working on a set.”

“This was a really exciting project and when the makers of the movie got in touch with us we were keen to support them in any way we could.”

“We’re delighted that our campus could provide the setting for some of the key scenes in the movie, and even more pleased for the opportunity it has given our students.”

“Not only will it give a chance for those involved to showcase their abilities, but it also gave them great experience of what it’s like working on a movie set with Covid measures in place.”

“At Fife College we’re always looking to support the arts, and we look forward to seeing ‘It Takes Two’ when it’s released.”