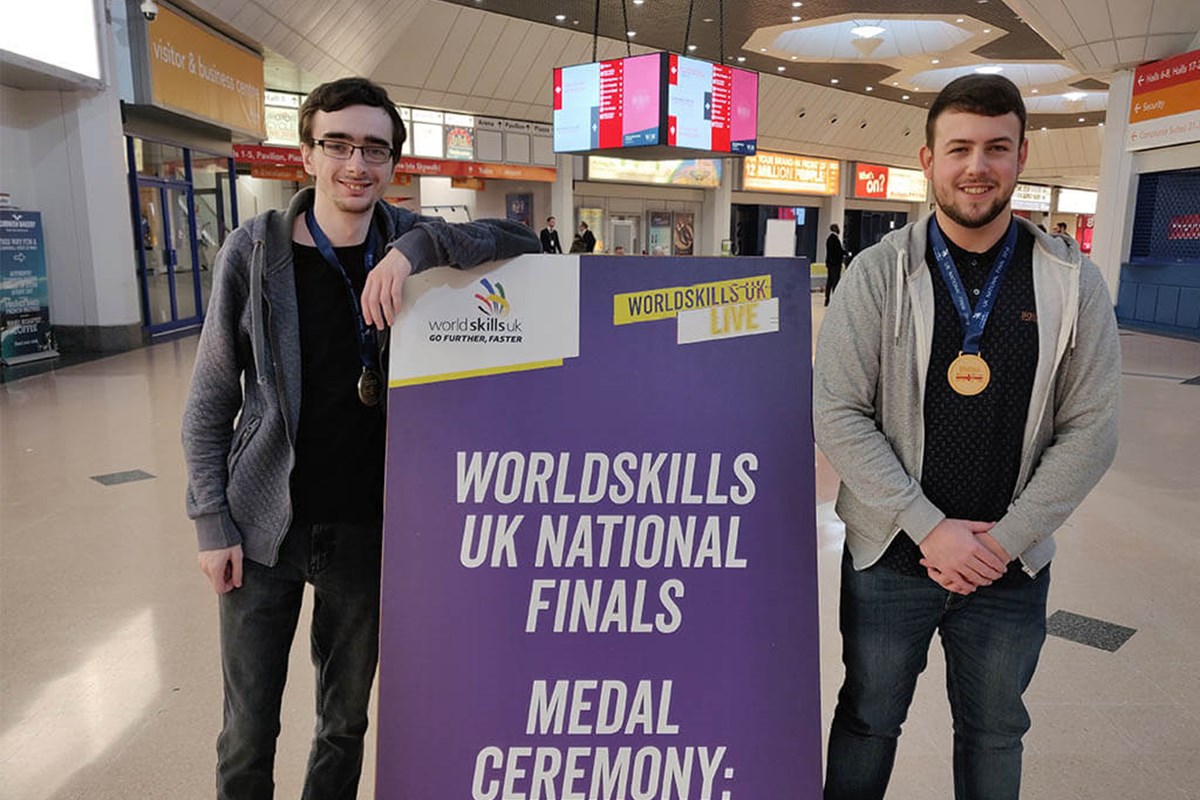 Fife College has shown its students have got what it takes when it comes to being highly skilled after winning two golds and a bronze medal at this year’s WorldSkills UK competition held at the NEC in Birmingham last weekend.

The excellent result positions the College within the top ten in the UK medal table for the national skills final - 115 colleges and training providers secured medals or commendations at the event.

The College’s Computing Faculty is buzzing with excitement after hearing that two of its students are winners. It was gold for Callum Montgomerie (20) from Glenrothes who was awarded his medal in the IT Support Technician skills category. Fellow computing student Jack Tillier (22) from Dunfermline picked up bronze for his category, Network Systems Administrator.

Both Callum and Jack are currently students on the BSc Applied Networking degree at Fife College and secured their place at the recent Birmingham UK final earlier this summer after winning at the Scottish heats while studying HND: Computing: Networking.

Sharon Burns, Curriculum Manager: Computing said: “Both Callum and Jack worked hard before and after the competition and their commitment paid off. This was their first attempt at WorldSkills and they both felt motivated and inspired by the event. We are all delighted with the result.”

The Engineering Faculty also have loads to celebrate after Andrew Jones-Lofting won gold in the Heavy Vehicle Technology category. Andrew (22) from Cupar has recently finished an HGV apprenticeship with Fife College, and now has a permanent position with Fife Council at the Bankhead depot in Glenrothes, maintaining a large fleet of HGVs, vans and cars.

This was Andrew’s second time at WorldSkills, after securing a place in the top six technicians at the regional finals (Scania GB) earlier in the year. This time he was quietly determined to win at the main event.

“Straight away it was clear that Andrew was determined to win - even though the pressure was on during the competition, he seemed much more composed with the challenges ahead. It was a pleasure to see him do so well and we’re all very proud of his achievements and wish him the very best for the future.”

Ready to start your journey in Computing, Engineering or something completely different?