From Argentina to Croatia: Fife College Graduation Shared Across the World 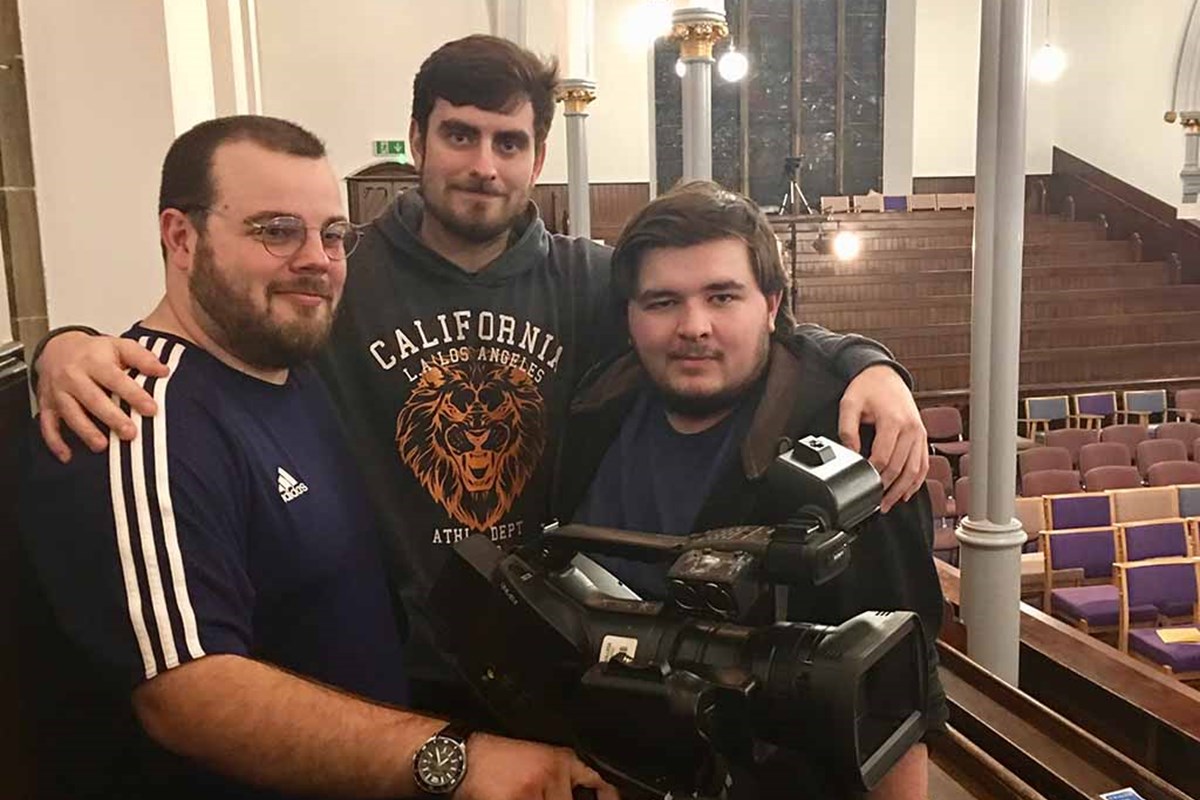 The filming of the Fife College graduation ceremonies had global reach – thanks to the College’s own Sound Production students. Left to right: Alasdair Wallace, Scott Wilson and Dean McCann.

Thousands of family and friends from across the world were able to watch their loved ones graduate thanks to Fife College’s ceremonies being streamed live online.

It means that Fife College had global reach with the broadcasts being keenly watched in places as far apart as Argentina and Croatia; and the United States to Portugal.

Viewing figures showed that around 20,000 people watched the graduation ceremonies around the world on Facebook Live – that’s the same as the capacity of both East End Park in Dunfermline and Starks Park in Kirkcaldy added together.

The virtual audience was in addition to the 1,700 people who attended the five graduation ceremonies in person at St Bryce Kirk in Kirkcaldy and the additional guests who watched the live stream in the nearby Atrium of the College’s St Brycedale Campus.

To complete the studying circle, the filming of the ceremonies was carried out by the graduates of tomorrow – some of the College’s Sound Production students.

Diane Ellis, Director: Marketing and Communications at Fife College, said: “It was great to shout out to family and friends around the world of the students who were graduating – and to hear the places they were watching the broadcast from.

“It’s definitely a small world with today’s social media technologies and it was great to see Fife College have such global appeal.

“What made it even more special was that it was some of our current group of Sound Production students who worked beside our own staff to expertly do the filming and share it across the world.”​