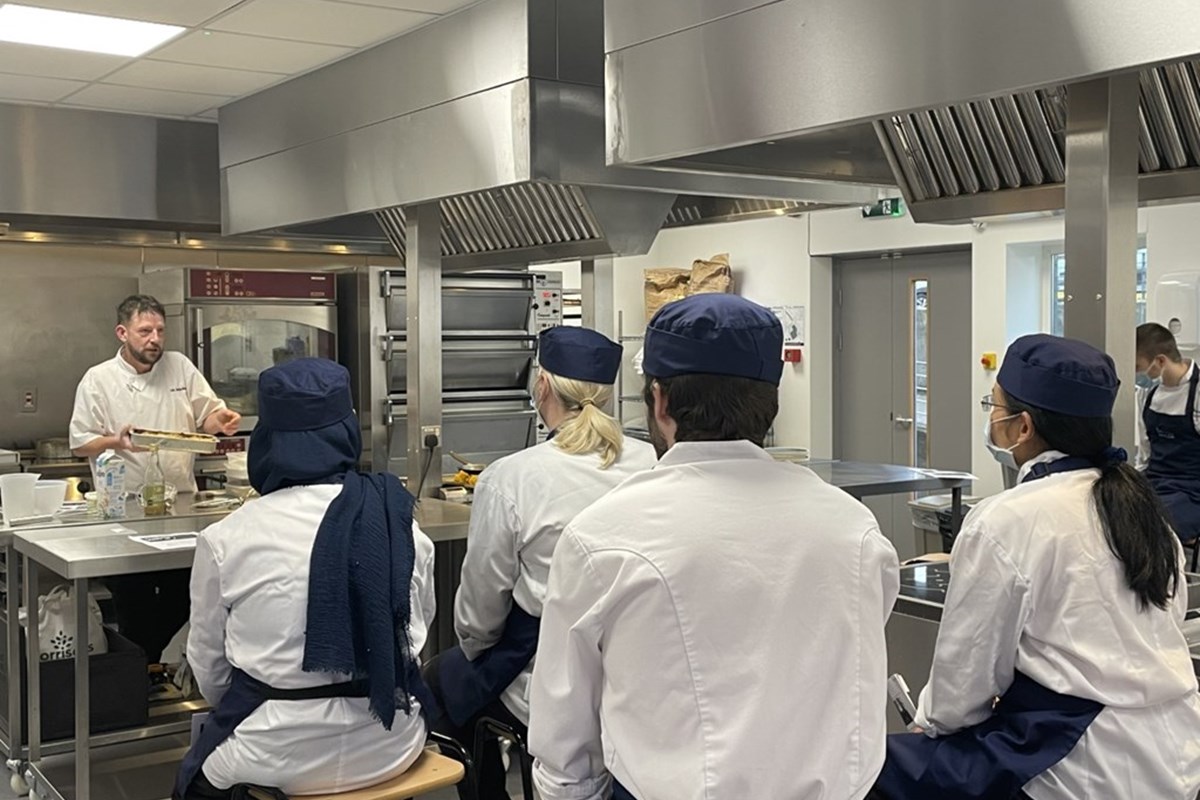 Fife College Culinary Arts students have been finding out more about the growing importance of plant-based foods thanks to Greener Kirkcaldy and the Climate Action Fife project.

The local community-led charity and development trust delivered a session to Level 5 Professional Cookery students on plant-based foods and recipes at the College’s Kirkcaldy Campus.

The dishes were designed to show how to use plants to mimic meat, instead of using ‘meat substitutes’ which are often heavily processed.

Following the session, students will now take part in a class competition over the next few months producing dishes and products using plant-based ingredients.

"I really enjoyed the learning experience that was different to our timetabled classes. It has made me look at alternative ingredients that could be used to produce dishes.

"I really like the taste of the cauliflower satay, that was the first time I had ever tried Cauliflower that way."

“We were delighted to have Iain from Greener Kirkcaldy come in to deliver a session to our Professional Cookery students.

“The session was a fantastic opportunity for students to find out more about the growing importance of plant-based cooking, and the different types of skills required to produce these kinds of dishes.

“With the country having only just recently hosted COP26, there was also no better time for us all to think about the role food plays in the climate emergency.”

Over the last decade the charity has supported the community to save over 130,000 tonnes of carbon, by reducing energy use, growing food, cooking from scratch, and reducing waste.