How our unique MathsLAB project is improving numeracy in Levenmouth

By Stewart McDonald, Curriculum Manager for Mathematics at Fife College 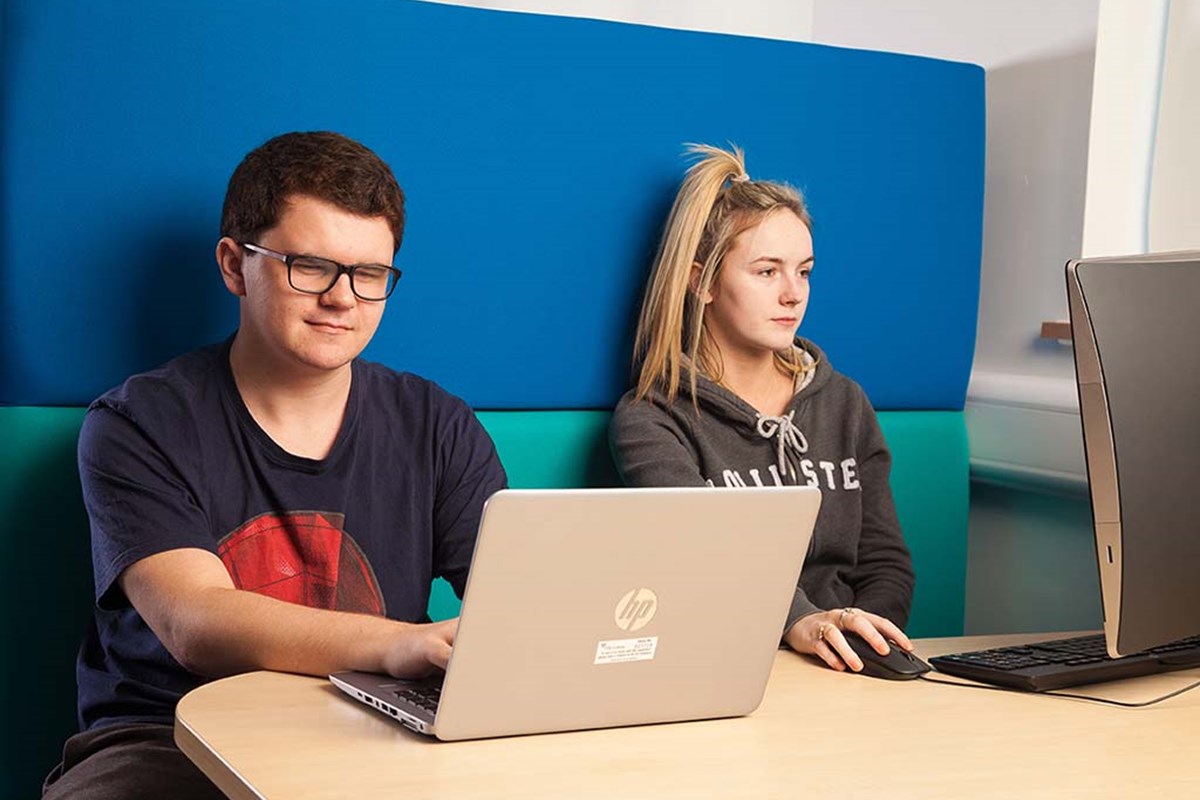 An aspirational approach to cooperation between Fife College and Levenmouth Academy, Fife’s newest high school, is improving numeracy skills and aiming to close the attainment gap in Levenmouth; which is one of Scotland’s most deprived areas.

Fife College has developed its new Levenmouth Campus, which specialises in STEM subjects (science, technology, engineering, and mathematics) next door to the recently opened Levenmouth Academy. This development is cutting-edge in a number of ways and has led to the creation of a unique MathsLAB within the campus.

The MathsLAB has already made a significant contribution to the local Levenmouth community. Courses designed for both adults and children are transforming public attitudes to maths and numeracy, and improving confidence and fluency in numeracy for children and parents alike.

What’s more, in a pioneering initiative between Fife College and Levenmouth Academy, high school pupils are benefitting from a focused program of intervention which not only improves their numeracy skills but also raises attainment rates, with many of the young people taking part achieving vital SQA qualifications which they may not otherwise have gained.

Together, these activities help to improve the future employment and educational prospects of the community in Levenmouth.

Numeracy is an essential skill for every job

There are a myriad of ways in which maths is used in employment, including:

In a world where the opportunities relating to science and technology are soaring, it is vital that everyone appreciates the value of having good numeracy skills. Poor numeracy is a direct drag on the economy – a report in 2014 by Pro Bono Economics, undertaken for National Numeracy, estimated the cost to the UK economy of outcomes associated with low levels of numeracy to be around £20.2 billion per year – that’s about 1.3% of GDP.

It is therefore imperative to ensure that Scotland’s workforce is confident and fluent in maths if the economy is going to continue to compete internationally, and the growing national skills gap is to be addressed.

Furthermore, the Scottish Government’s stated number one educational priority is to close the attainment gap between the most and least disadvantaged in society, and to improve attainment overall, particularly in literacy and numeracy.

In Fife, there are many pockets of high deprivation and none more so than in the Levenmouth area. According to the Scottish Index of Multiple Deprivation (SIMD), the catchment area for Fife College’s Levenmouth Campus includes the top 2% most deprived areas in Scotland.

Fife College has taken a pioneering new approach through the development of its new STEM-focused campus, and the creation of a unique learning space in the form of the MathsLAB.

The aim in developing such a forward-thinking campus was to make sure that the College’s facilities complemented the adjacent school campus, which has very good STEM workshops. Despite the relatively early stage in the life of the new academy and college joint campus, the MathsLAB is already making a significant difference.

The goal of the MathsLAB is to make maths and numeracy relevant, real, and contemporary for parents, families, and adults in the local community, as well as school pupils and college students, and to engage the support of industry and local elected members.

Through the Primary Engineer programme, which focuses on STEM training for teachers, as well as courses aimed at adults and children, the MAthsLAB’s delivery is helping to transform attitudes to maths and numeracy in the local community.

Perhaps the biggest impact that the MathsLAB has had so far, however, has been through engagement with Levenmouth Academy.

Fife’s maths results currently sit just beneath the national average, with 21% of school pupils achieving Higher Maths compared to 22% across the rest of Scotland.

However, more worryingly, within the Levenmouth area, only 7.5% of school pupils achieve Higher Maths. Some of the most affluent areas in Scotland, on the other hand, have Higher Maths attainment of over 40%.

These statistics are symptomatic of the attainment gap between the least and most deprived areas, and one of the reasons why closing this attainment gap is such a high priority for the Scottish Government.

This year, in close collaboration with Levenmouth Academy, Fife College ran intensive and focused after-school and evening classes over an eight week period for groups of National 5 and Higher Maths pupils, using the unique facilities of the MathsLAB to facilitate these classes. The pupils selected for the course were the ones who were at greatest risk of not attaining these vital qualifications.

The objective of the classes was not only to improve the numeracy skills of the pupils but also to significantly increase their chances of attaining crucially important SQA qualifications, thus improving their future employment and educational opportunities.

Positive outcomes for the community

The outcome of the intervention was very quantifiable. Each pupil had an estimated grade prior to the classes taking place and this was compared with his or her actual grade in the final exam after participation in the MathsLAB classes.

The Higher Maths cohort improved expected grades by an average of two bands, with a number of students improving their final grade by up to four bands – transforming their expected result of a ‘Fail’ into a ‘B’ grade in their final exam. The pass rate for the student group as a whole also improved from an expected 12% prior to the classes to an actual of 41% in their exams.

The National 5 Maths cohort did even better. They improved their expected grades by an average of three bands, with some students improving their final grade by up to six bands! The pass rate for the student group overall also improved from an expected 22% prior to the classes to an actual of 78% after the classes. Given that a National 5 maths qualification is essential for a number of career paths or Further/Higher Education courses, this makes a tangible difference to the future opportunities for these young people.

The feedback from participants on the courses has also been extremely positive, with the pupils enjoying a different teaching approach as well as the facilities of the MathsLAB.

The MathsLAB classes have had a significant impact on all of the learners who attended. Many of these learners now possess vitally important SQA qualifications, which they would not otherwise have achieved.

The partnership between Fife College and Levenmouth Academy has helped close the attainment gap, and for a number of young people from some of the most deprived areas in Scotland, it has improved not only their numeracy skills but also their future employment prospects.