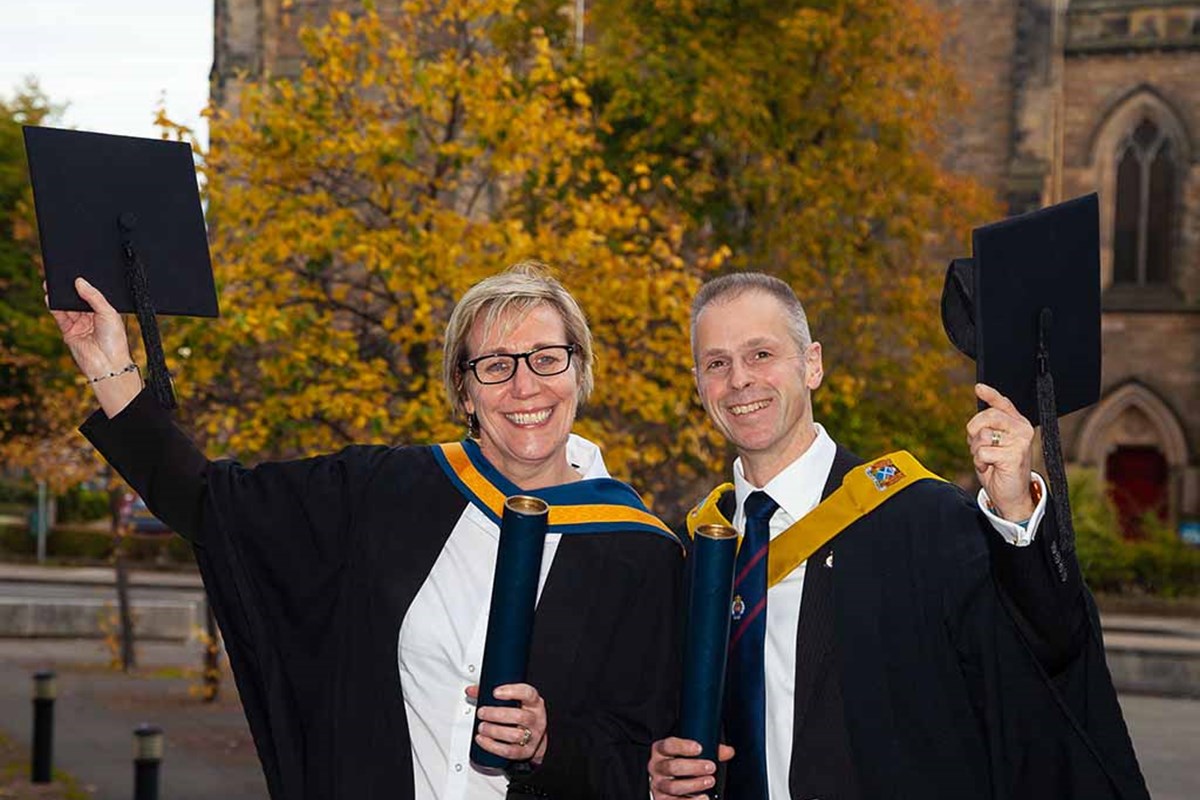 Janet and Jim Sinclair enjoy their graduation day together.

Graduation day at Fife College was truly a double celebration for Kinross-based husband and wife team Janet and Jim Sinclair as they graduated from different courses on the same day.

The two graduated on Thursday, 28 September, Jim at the afternoon ceremony and Janet in the evening - five ceremonies in total were held over three days at St Bryce Kirk, Kirkcaldy followed by drinks receptions in the St Brycedale Campus across the road.

​The couple, who love doing things together, decided to add to their skills and qualifications by returning to College as “fifty-something” mature students.​

They both work in the same place - at Swedish energy group Sandvik in Perth - and wanted to learn a new skill they could use in their jobs.

Jim (53) was first to start, on the two-year HNC: Computer Aided Draughting and Design course. He was soon followed by Janet (50) embarking on a one-year CIPD Intermediate Certificate in Human Resource Management.

Despite doing most things in tandem, the couple who no longer have children living at home, admit to having different rooms in their house to give them space to concentrate on their studies!

Although they have just graduated, Janet and Jim are not finished on their studying journey. They are considering doing a course in Spanish – together of course – as they would eventually like to move to Spain to live.

Fife College offers a wide range of courses in everything from Computer Aided Draughting and Design to Human Resource Management. For further details check out our new study guide or call the College on 0344 248 0115.​