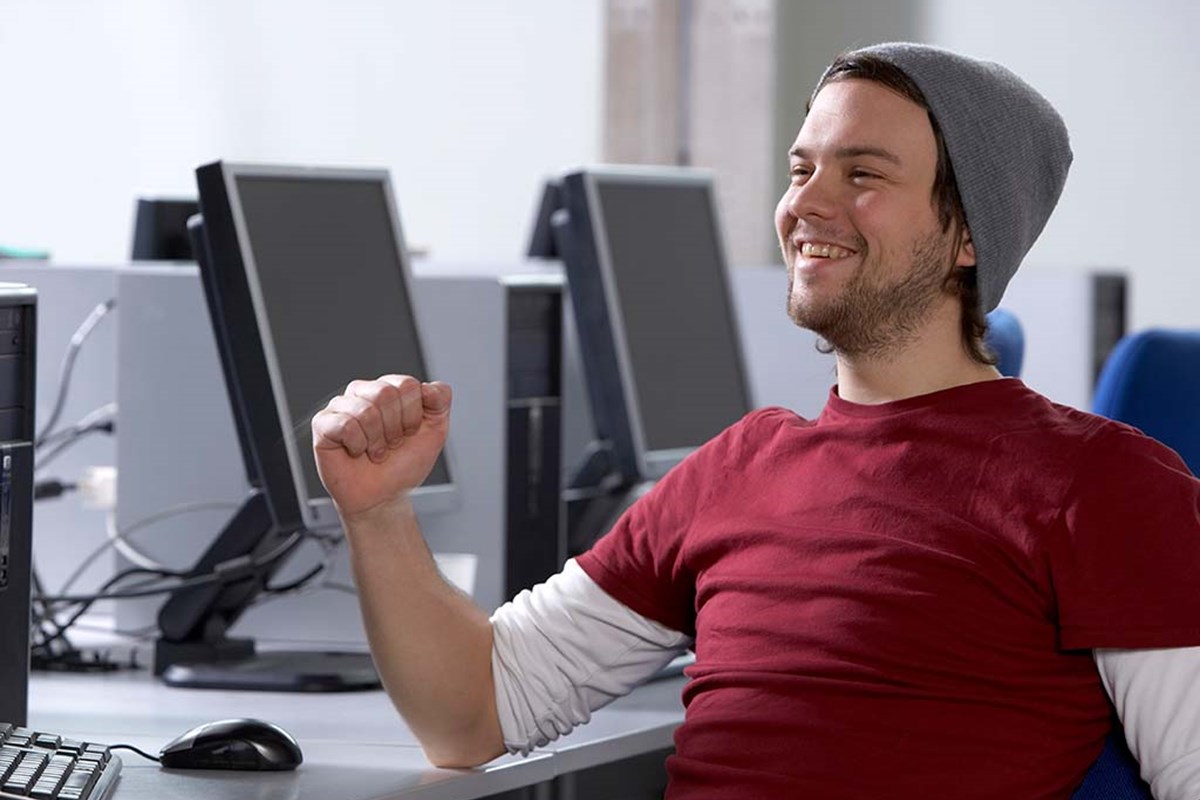 In September 2017, the Flexible Workforce Development Fund (FWDF) was launched by the Scottish Government to provide levy-paying companies (those with an annual salary bill of over £3 million) with up to £10,000 of funding towards the cost of employee training to up-skill and/or re-skill their workforce.

The funding was allocated to colleges according to how many levy-paying companies were estimated to be within their region; Fife College was allocated £545,000.

The College, therefore, had an initial target of 55 companies to approach, inform them about the fund, carry out a Training Needs Analysis to find out their training requirements, and then assist them with their application to the fund once a suitable programme of training was agreed.

The Marketing and Communications team developed and delivered an integrated marketing plan that would facilitate the College’s Business Development team (BDT) to speak to 55 companies, enhance the profile and reputation of the College, and deliver on time and to budget.

Barriers faced
Although SFC provided a rough estimate of how many companies were within a region, they were unable to provide specific details of who those companies were, so the College had to reach out to prospective companies individually to see if they were eligible.

SFC, by their own admission, did very little promotion prior to the launch of the fund and so the majority of levy-paying companies were unaware of its existence when it launched.

Levy-paying companies could only make one application to the fund, even if they had business locations across multiple regions, so time was of the essence to speak to as many Fife-based clients as possible, as quickly as possible.

Market research
Before this campaign, the team carried out research into a new method of B2B marketing – LinkedIn’s InMail. This research was carried out over the course of a targeted campaign advertising a Board vacancy. The effectiveness of this method and results were impressive.

Campaign ObjectivesMarketing worked with BDT to produce an awareness-raising integrated marketing campaign, with calls to action to get in touch direct with BDT, who would then meet companies and discuss their training needs.

To deliver this, we had to identify the campaign’s objective, and assess it against each SMART criteria.

The objective that was identified was to generate at least 55 enquiries from eligible companies to BDT before the funding deadline of 29 June. This meets each of the SMART criteria for objectives; specific, measureable, attainable, relevant and time-bound.

The strategy for this integrated marketing campaign was to include a multiplatform digital approach alongside face-to-face time at a ‘Business Breakfast’ event. In order to deliver on this strategy, a range of tactics were employed. These tactics and the reasons for selecting them are detailed below:

Controls
• Budget put into budget code, with Marketing in control of code
• Daily budget set for LinkedIn
• Monthly budget set for emailers
• Promotional and event costs taken into account before budget was set

Results
Results were measured through engagement with digital marketing, and attendance at the Business Breakfast event.

Successes
Through developing and delivering this targeted marketing campaign the College has successfully achieved its target of providing funded training for 55 clients and more, with a total value for this training of £653,000. In fact, the campaign has been so successful that the College is now attracting clients from areas that couldn’t allocate their share of the fund. We are now working with BDT in preparation for the next tranche of funding to allow the College to support more local levy-paying companies who haven’t claimed their funding yet.

The FWDF has provided an excellent opportunity for the College to reinforce existing employer relationships while identifying and developing new ones. The campaign has allowed the College’s reputation to be enhanced within Fife and, due to exceeding our initial funding allocation for FWDF, further afield.

Challenges
The lack of initial promotion from SFC, and having to identify eligible customers to contact ourselves were the main challenges, but these were quickly overcome. Going forward, this work will not have to be started from scratch again, putting us in a stronger position for the next fund allocation.

Lessons Learned
For the renewal of the FWDF, and the new marketing campaign, lessons from this campaign can be taken forward. These include the success of InMail as a tactic for specific, targeted B2B marketing, as well as the success of the Breakfast event.

In SummaryThe marketing campaign was hugely effective. Through it, the College successfully achieved, then exceeded, its target on time and to budget.