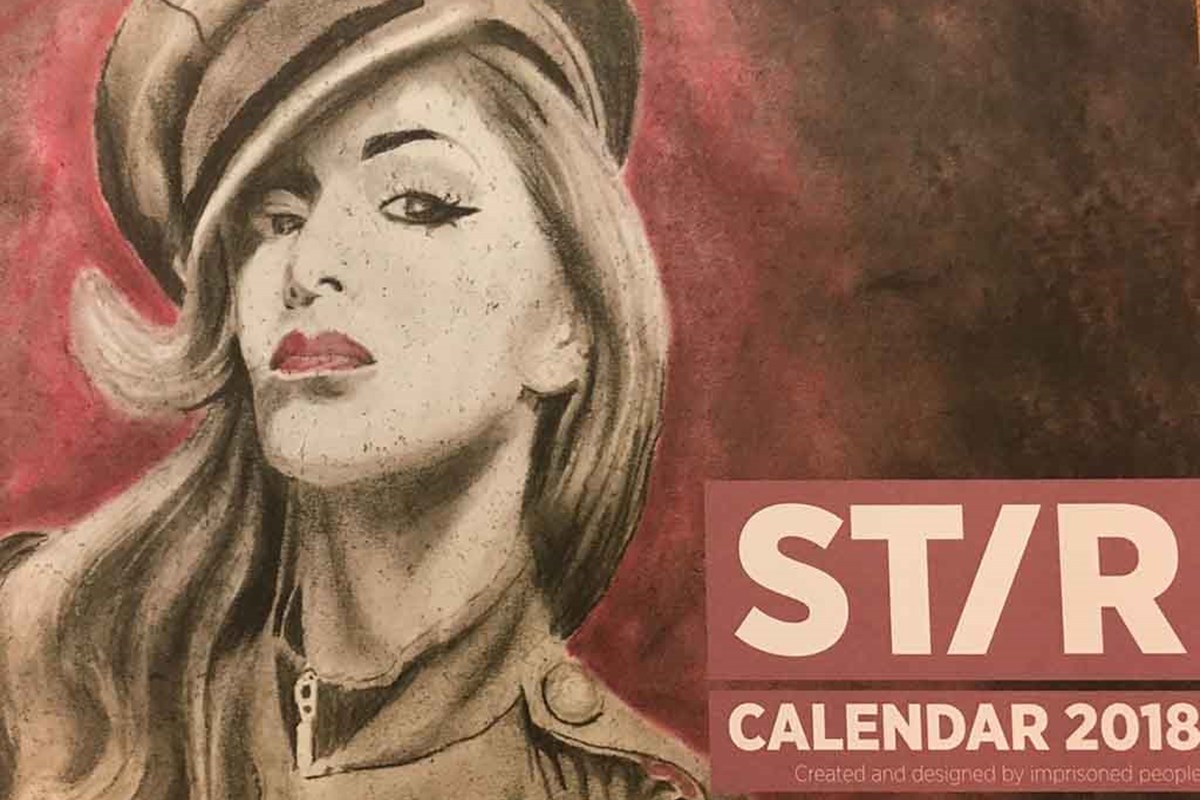 Image from the new STIR calendar 2018

Prisoners who attend Learning Centres run by Fife College have created a beautiful calendar to showcase their creativity and kick-off 2018!

The calendar features paintings and sketches of the stars of showbiz, films, music and sport with an icon featured each month ranging from Marilyn Monroe and Elvis to Billy Connolly and John Lennon. The calendar is part of a wider creative project, STIR, which was launched five years ago, to enable imprisoned people to have their voices heard, their paintings viewed and their thoughts expressed in a creative way.

The arts magazine, STIR, was created by prisoners for prisoners in 2012 and receives submissions from prisoners from seven Scottish prisons regularly throughout the year. These are gathered together by an editorial team of seven prisoners serving life sentences in HM Prison Shotts who edit, produce and design STIR with support from their New Media Lecturer, Inigo Garrido.

Said Inigo: “Our STIR magazine has been very popular with the prison and college community and our new calendar is a fantastic spin-off from this which helps to further promote and publish our students’ work.

“The success of STIR has also resulted in several award wins including the Chairman’s Award by Scottish Magazine and the Best Education Initiative award by the Herald Society. It has also led to the launch of a Creative Media Group in HMP Shotts which undertakes external design projects enabling the prisoners to raise funds for charity and gain new skills.”

Katharine Brash, Prison Contract Director added: “We are very proud of STIR which is the only creative industries work party in operation inside a Scottish prison. Our staff have worked hard to support this very worthwhile project - alongside the group award wins Inigo has also won an ‘Outstanding Teacher Award’ by the Prison Learning Alliance for his commitment which is fantastic.”

“The most important advantage of the project, however, is that it gives prisoners a new range of transferable skills which could be fundamental to securing employment on release and help them to turn their lives around in the future.”

The Scottish Prison Service (SPS) chose Fife College to provide the first national Learning and Skills Contract which went live on 1st of August last year. The contract is being delivered across all 13 SPS publicly owned prisons over the next five years allowing Fife College to provide learning and skills to prisoners throughout Scotland, giving them the opportunity to unlock their potential and transform their lives.