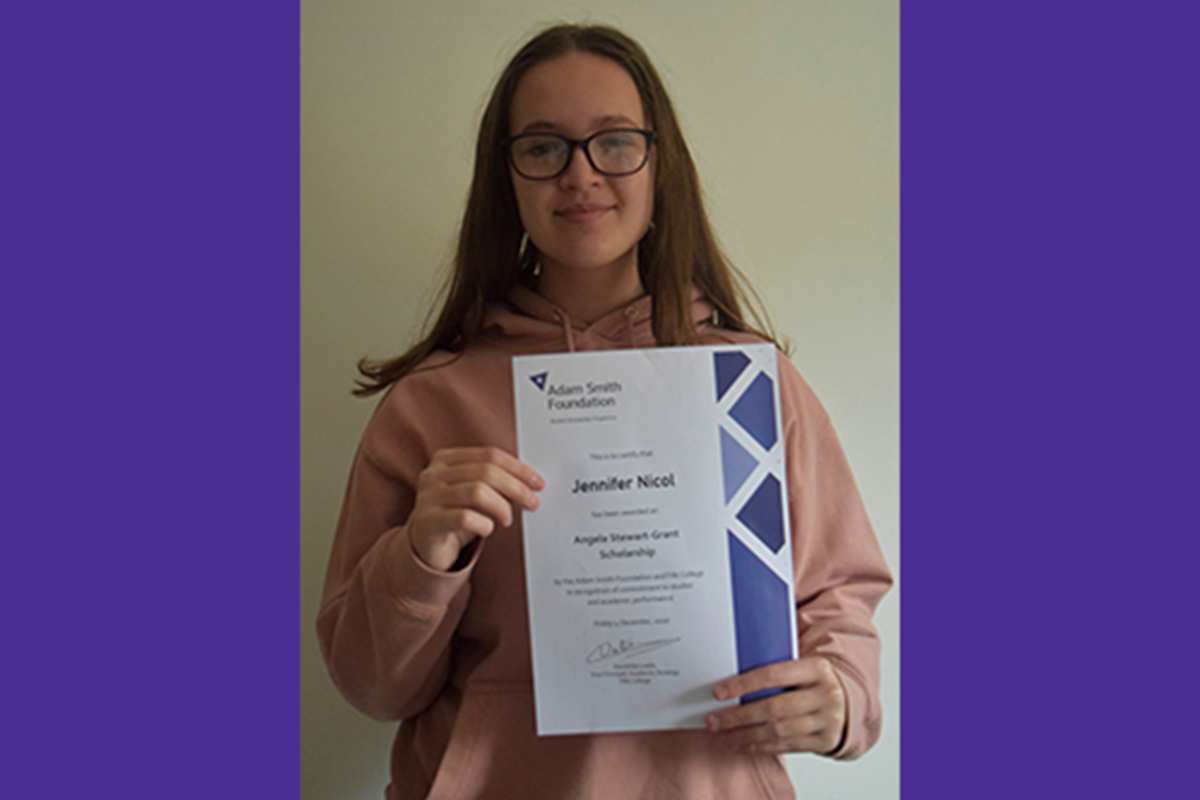 Seven science students at Fife College received a boost after they were awarded a scholarship by the Adam Smith Foundation, the College’s scholarship programme.

The students, who are all studying HNC Applied Science, were awarded an Angela Stewart-Grant scholarship in recognition of their commitment to their studies.

Set up 20 years ago, the scholarship is awarded in memory of science student Angela who was from Brechin and sadly died of bowel cancer in 1999, aged 23. The scholarship was created by Angela’s mum, Sandra, to give hard-working students a little extra money to support their studies and to treat themselves. Sadly, Sandra also passed away a few years ago.

Thanks to a generous donation in Sandra’s will and the support and contributions from College staff, Angela’s scholarship has continued to flourish and support many students over the years.

This year’s winning students, who received a share of £2,100, are keen to put their scholarship awards towards supporting their studies and, as per Angela’s wishes, also treat themselves.

Award winner Jennifer Nicol (18) from Rosyth is hoping to go on to study Forensic Science at university or to continue at Fife College and do the HND in Applied Science. Jennifer said:

“I was so excited when I got the email about the scholarship. This will be really helpful for me getting into university. It will also help me to treat my friends and family since we have been kept apart so much over the last year.”

One of the other award winners, James Gartshore (20) from Kirkcaldy, said:

“To even be considered for this scholarship in memory of such an amazing person was a great deal on its own, to then win the scholarship is such an honour.

“Knowing Angela wanted the money to be spent on a treat for the winner is something I look forward to doing, whilst keeping some for my further studies.”

“Angela and her family would be thrilled that this scholarship, set up in her name, was still supporting students especially during such a difficult year.

“The pandemic has highlighted how important it is to have good scientists now, and in the future, and I wish all the award winners all the very best in their studies and careers.”