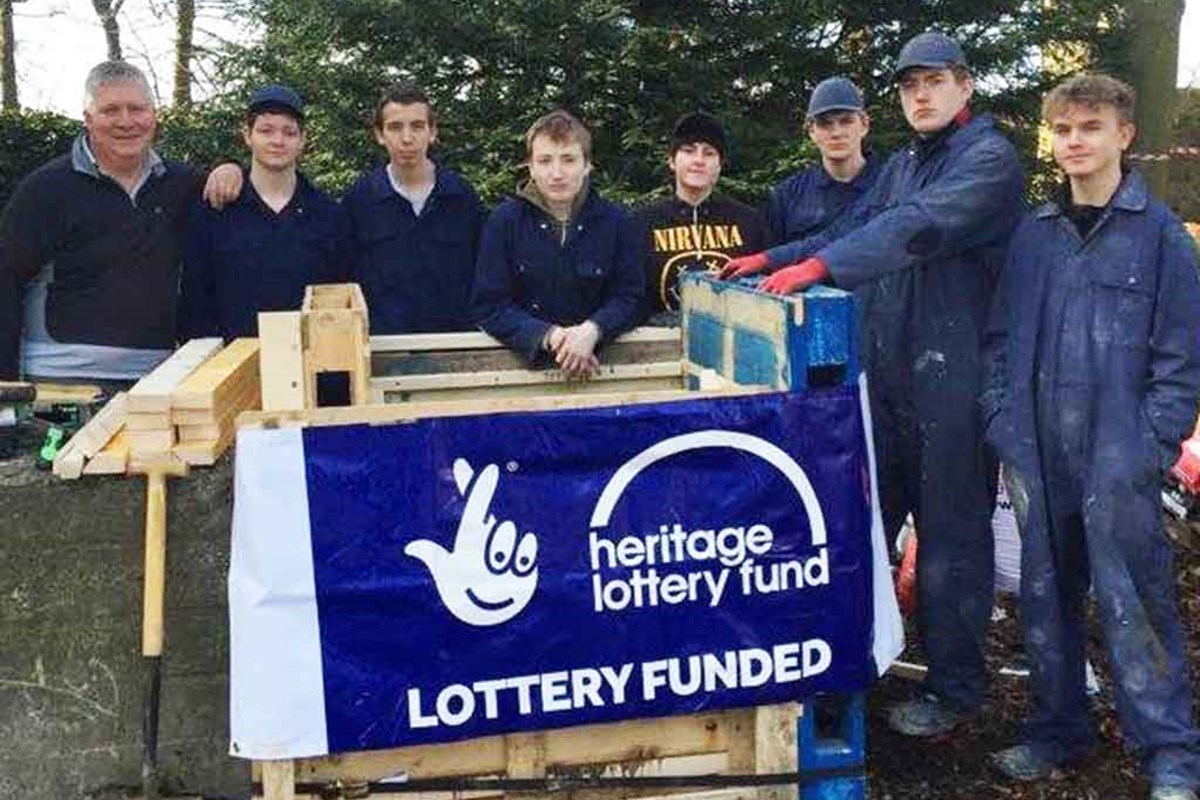 Fife College Construction students have been busy creating a huge anti-tank concrete cube as part of a community project to educate others about World War 2 and create a monument of remembrance.

Local historian, Roger Pickering approached the College to make a replica cube after three genuine 1940 anti-tank cubes were discovered locally and brought to Pittencrieff Park, known as the Glen, in Dunfermline. They had originally been situated nearby on Pittencrieff Street during the War. The cubes had been a set of four and so the students were tasked at making a fourth concrete cube to complete the set which would also display an interpretation panel.

During the War it was expected that an enemy attack on Fife would start with an inland parachute drop. The anti-tank cubes were originally put in place to prevent the enemy using the road network.

Access to Construction students volunteered as part of their Task Management coursework and also as part of Year of Young People 2018 to design and build a replica cube and install it in the Glen in a scenario harking back to 1940. The group of eight students used construction planning techniques, practical skills in building the frame and constructing the cube itself as well as leadership and teamwork skills to ensure the challenging project was completed to a high standard.

Ron Eldridge, Director of Built Environment, Science and Sport said: To help create a monument to commemorate those who gave so much during the War is a fantastic achievement and I am very proud of our Access to Construction students. With the support from their lecturer, Uli Hudak, this opportunity has enabled them to benefit the local community while gaining a great set of skills which will serve them well in their future studies and career.

Chelsey Webb, 19 from Dunfermline, was one of the students who worked on the cube and said:

It was a challenge to work on this project, especially project managing it from start to finish. It was great to meet Roger and find out about the history behind it all and I enjoyed helping build something which will be around for many years to come.

A second Access to Construction class is currently working on a similar project restoring an ancient wall on the Fife Pilgrim Way, a revival of the walking routes used by medieval pilgrims between Culross, North Queensferry and St Andrews. This partnership project is led by Fife Coast and Countryside Trust. Another project in the pipe line is restoration work at Dalbeath Marsh.

For further information about Access to Construction and other Built Environment courses come along to one of our Information Days or call 0344 248 0115.