Talented Isla and Owen all Set for the Edinburgh Fringe! 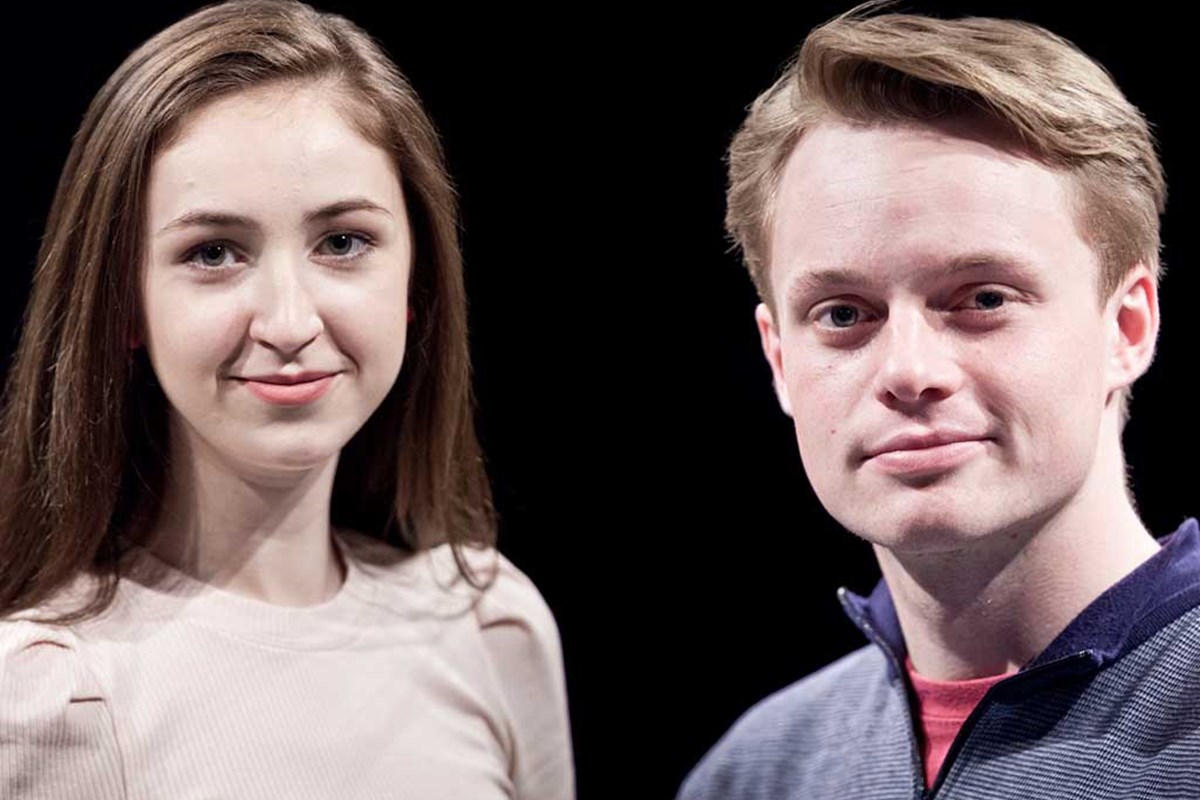 The talented pair were selected from hundreds of actors from across Scotland and have been busy rehearsing with six other graduates to co-create the show ‘Propeller’ – a devised piece about power and the possibility of change.

This is the second year that Fife College students have been selected to perform as part of The Network, which was set up in January 2017, by the Scottish Drama Training Network (SDTN) and Pleasance Theatre Trust.

The Network aims to support acting, performance and technical theatre graduates from Scottish colleges as they make the transition into industry. The initiative is supported by leading industry professionals and will produce a variety of different productions throughout the Edinburgh Festival Fringe.

Isla Fairfield, (19) from Limekilns, and Owen Cummins, (21) from Dunfermline,  have just recently completed their final year of HND Acting and Performance at Fife College which has involved taking part in a variety of different College productions throughout their studies.

Isla was delighted to be selected to be part of The Ensemble and is excited to be performing in this year’s Fringe. Said Isla: “Propeller tells the story of a small town where eight young people have joined together to create a campaign. Within the play we aim to show the audiences how normal people can make a change and to empower them! Performing with The Ensemble at The Pleasance is providing me with a professional and supported experience alongside fantastic networking opportunities which will help me with my next step after the show.

“I would highly recommend studying Acting and Performance at Fife College – it’s a great route, especially for those coming straight out of school – I go in to third year at Queen Margaret University to study Stage and Screen in September which means I am a year ahead of my peer group. I loved my time at Fife College and this experience at the Fringe this year is the icing on the cake for me.”

Owen (21) from Dunfermline, enjoyed his time at Fife College studying HND Acting and Performance, which he would recommend to anyone who is looking for an acting career. Said Owen: “I enjoyed my time at College and thought the course was great – I especially appreciated the support I received from my lecturer Kieran. It’s been a busy summer as I only had a week between finishing College and joining the Network Ensemble which I’m really enjoying – it is a fantastic experience. Caitlin is an amazing director and this opportunity is enabling me to benefit from working in a professional acting environment and to advance my skills which should help me long term to secure acting work in TV and film in the future.”

Caitlin Skinner said: “We’ve been out on the road with SDTN holding development workshops and auditions with graduating performers from around the country and I have found it very inspiring to meet so many of the emerging performers who are coming out of drama training in Scotland at the moment. I am absolutely thrilled that we have built such a strong and exciting ensemble and are in the process of building an equally exciting creative and production team. It is a huge gift for a director to get to work with performers, creatives and a production made up of graduates who are completely bursting with energy, ideas and talent and I can’t wait to see what we are going to make together.”

Curriculum Manager for Performing Arts at Fife College, Sarah Halliwell, is very proud of Isla and Owen and hopes this will encourage other students to take advantage of these great opportunities. Said Sarah: “I am delighted that, for the second year, our talented students have been chosen to take part in The Ensemble at the Fringe – what a fantastic opportunity which is testament to the talent of our students and the support they have received by our fabulous staff in College. Our HNDs are fully funded by SAAS and no private fees are charged for this excellent provision and all associated resources.

“Isla and Owen have shown great passion and dedication throughout the two years they spent at Fife College and I am confident they will take that same passion further throughout their careers. I wish them every success with the show  and can’t wait to see them perform!”

Propeller will be performed at The Pleasance until 27 August (excluding 13 and 21 August).  Tickets are £6 - £9, to book visit pleasance.co.uk

For further information about The Ensemble visit The Scottish Drama Training Network at sdtn.org