From page to stage! 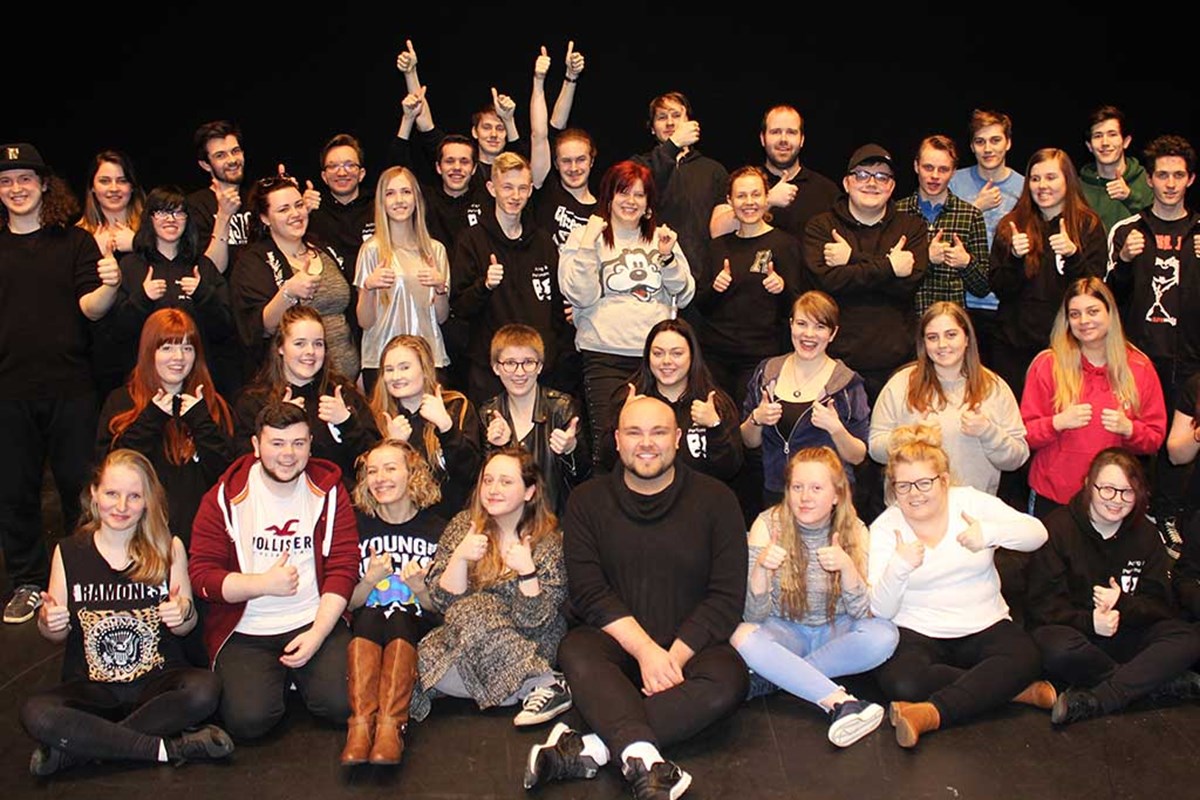 Andrew Gardiner pictured with the students during the workshop at Carnegie Hall, Dunfermline.

Two groups of students studying HND: Acting and Performance benefited from Andrew’s skills and experience which explored voice projection and helped them through their assessment in scenes, contemporary language and Shakespeare.

In total 41 students took part, a group from the College’s St Brycedale Campus in Kirkcaldy Campus and a further group studying at the Halbeath Campus and rehearsing at the well known Carnegie Hall.

The 22 year old from Dunfermline has just completed his final year at Queen Margaret University where he has been studying BA Theatre and Film with honours. After completing HND: Acting and Performance at Fife College, in 2015, Andrew gained direct access to the second year of his degree programme thanks to the ongoing links the college has with universities.

Andrew has been treading the boards since he was 8 years old, involved in a wide range of community projects and youth theatre productions in and around Dunfermline, so it was no surprise to him or his family that this would be his next step after school.

Andrew said: “Coming to college was a great stepping stone on to university, enabling me to benefit from a wide range of opportunities including a schools tour, Fringe performance and role playing for Police Scotland training.

“Returning to College to do this workshop with the students has been great work experience for me and really enjoyable too.While at university I have written two full length plays making me realise that writing and production is where I would like my career to focus.

“I would recommend coming to college to everyone interested in a career in performing arts – it certainly worked for me.”

Sarah Halliwell, Curriculum Manager for Performing Arts, was delighted that Andrew could make it in to College to share his knowledge with the two groups of students and said:

“Fife College is the ideal stepping stone for those considering a career in Performing Arts, Musical Theatre or technical Theatre. Alongside a well-recognised qualification, we offer a wealth of opportunities locally and nationally to provide our students with a well-rounded experience gaining qualifications alongside practical skills.

“Andrew did a great job making Shakespeare come to life for our students.

"I am really proud of his achievements and delighted that we have played a part in his career journey.”