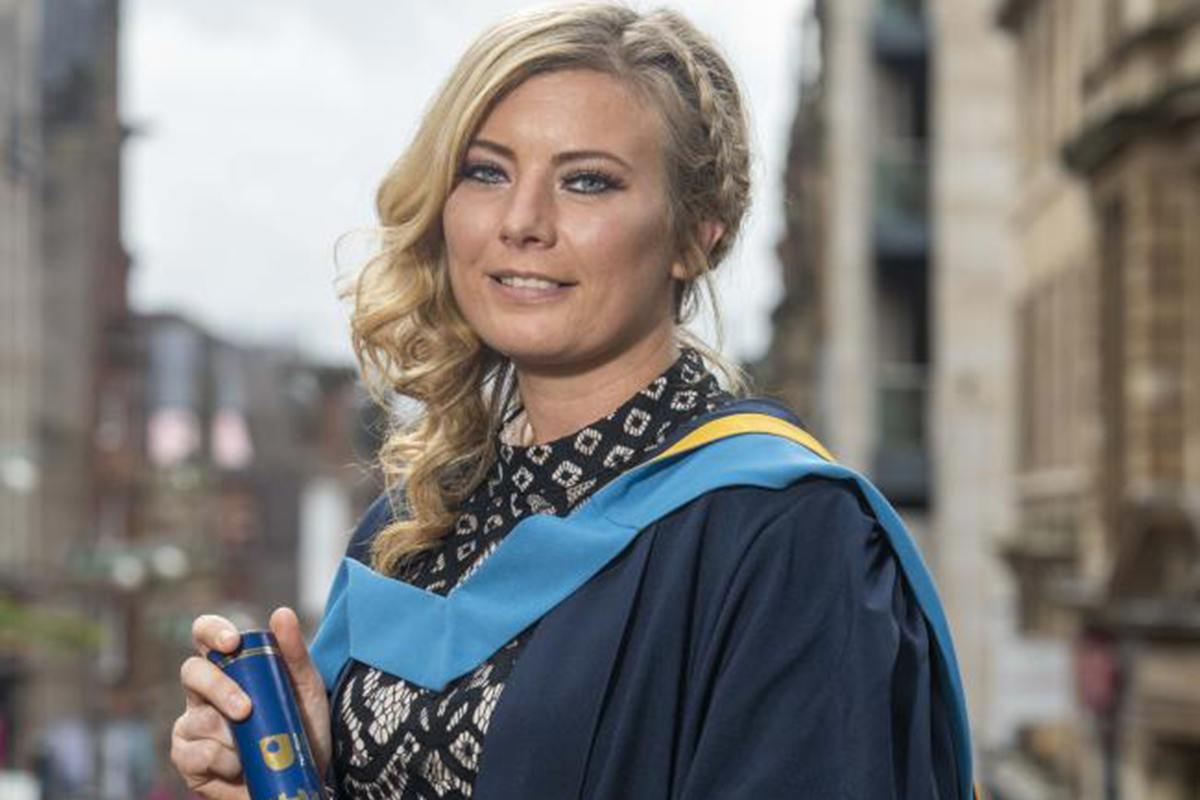 Fife College students past and present have been sharing what care experienced means to them as part of this year’s Care Experienced Week.

The College has been highlighting stories of a number care experienced students as part of Who Cares? Scotland’s Care Experienced Week 2020, an international celebration of the Care Experience community.

Former student Carol Hunter, who played a key role in creating initiatives to help support other care experienced students at the College in the past few years, is one of those who has been sharing their journey this week.

Carol, who now works at the College as a Student Adviser, started her studies at the College with a HNC Social Care, then progressed onto a Social Sciences HND course before going on to achieve a First-Class BA (Hons) Social Sciences Degree with The Open University (OU). She is now currently studying her second year Crime & Justice Masters, also with the OU.

“For me it was always a bit of a taboo subject where my family and my current situation wouldn’t allow me to talk about my past. This made it difficult to build relationships or learn about what had happened to me.”

“On paper my background meant I wouldn’t be able to achieve much academically due to having F.A.S.D (foetal alcohol spectrum disorder) but when I came to college it was totally different. Negatives were turned into positives and there was loads of support, you were able to talk about your past and use it to help you going forward.”

During her time as a student Carol joined the Fife College Students’ Association (FCSA) where she took up the role of Women's Officer before working alongside the President for Welfare and Equality at the time, Jen Anderson, to create the role of Care Experienced Officers. Carol then became the FCSA’s first Care Experienced Officer, and also helped to recruit and mentor two other students for the role.

Carol, who went on to become Student President for Education and Representation, added:

“Getting involved in the students’ association was a real highlight. As well as being a Care Experience Officer, it led to opportunities, receiving awards and even speaking in parliament about my own personal experience.”

“Becoming student president was a big boost to my confidence and really let me flourish during my time at college too. This led me onto a degree with the Open University. I’ve also been able to get involved with external partners once I’ve left college to help me continue to support care experienced students.”

Carol has been able to continue to support care experienced students in number ways and she has recently become a volunteer panel member for Children's Hearings Scotland.

Through this Carol has helped to establish a new volunteer partnership project between the College’s ‘We Care @ Fife’ initiative, the College itself and Children’s Hearings Scotland. Launched earlier this week to mark Care Experienced Week, the project will see Fife College students with lived care experience involved in the recruitment campaign for new Children’s Hearings Scotland panel members.

“Without the support I got I myself I wouldn’t be where I am today. I’m really proud, in my role at the College now, to be able to support students who have care experienced backgrounds and let them know that it’s not what happened to them, but it’s the person they choose to become that is the main focus for their life.”

Carol was named Student of the Year at the 2018 College Development Network Awards while the College was recognised for its corporate parenting and care experience work at same awards a year later for the support offered to care experienced students to help them reach their full potential.

View a video of Carol discussing her journey as a care experienced student here.