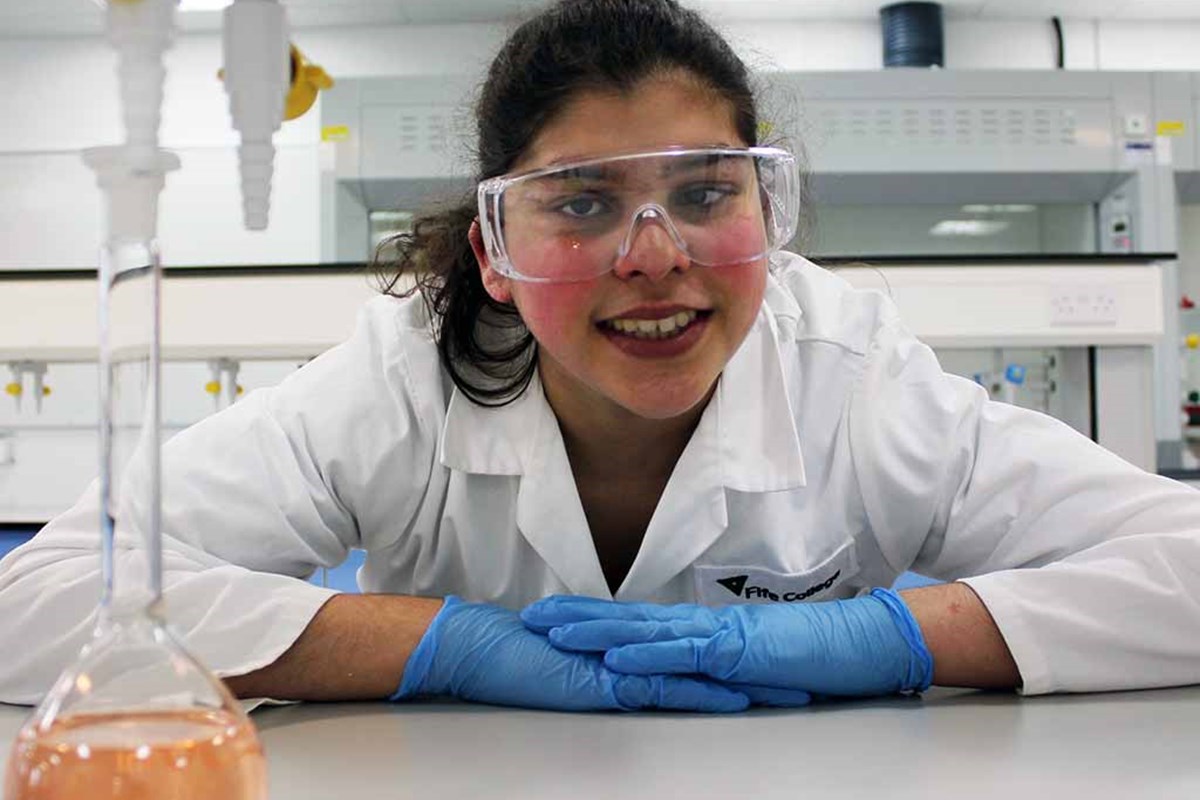 Fife College Science student, Amarah Rafiq, from Dunfermline, has been given a fantastic boost to her studies after being awarded a scholarship in memory of former student, Angela Stewart-Grant.

The award was made through the College’s scholarship programme, the Adam Smith Foundation at a special presentation held at the College’s Stenton Campus in Glenrothes held recently.  Amarah was presented with her £500 award by Curriculum Manager for Science Yvonne Bayne.

The Angela Stewart-Grant Scholarship was set up 18 years ago, in memory of Angela who was from Brechin and who sadly died of bowel cancer in 1999, aged 23. The Scholarship was created by her Mum, Sandra, to give hard-working and committed students a little extra money to treat themselves while studying, especially around the festive season. Sadly, Sandra also passed away a few years ago.

Thanks to a donation in Sandra’s will and the support and contributions from the College’s Science staff, Angela’s Scholarship continues to flourish and support students each year.

On receiving her award Amarah, 18 from Dunfermline said: “I am so happy to have received this award - when I heard the news I couldn’t believe it. I know that Angela wanted the award to be used to spend on a treat and I plan to use a little to do that and also put it towards books and to support my future studies. After the NQ Pathway course I plan to go on to do HNC Applied Sciences and then study Radiology at university.

Long term I’d love to travel, visit poor countries and educate others in health promotion – I’d like to make a difference and this scholarship has given me just the boost I need to believe in myself and succeed.”

Gaynor Jamieson, Trust Fundraiser, welcomed Amarah to the presentation along with Science lecturer Nigel Cotton, both of whom interviewed Amarah for the scholarship. Said Gaynor: “Nigel and I were extremely impressed with Amarah’s application and interview. She came over very well, is a hard working student with a passion for Science and is very deserving. We hope she remembers to use some of her scholarship to treat herself to a night out with her friends or something nice as this was something that Angela insisted her scholarship was used for.

“The Adam Smith Foundation is delighted to award this scholarship to Amarah and we wish her well in her future studies and career.”