Skip to main content
Home > News > If You Were an Engineer - What Would You Do?

If You Were an Engineer - What Would You Do? 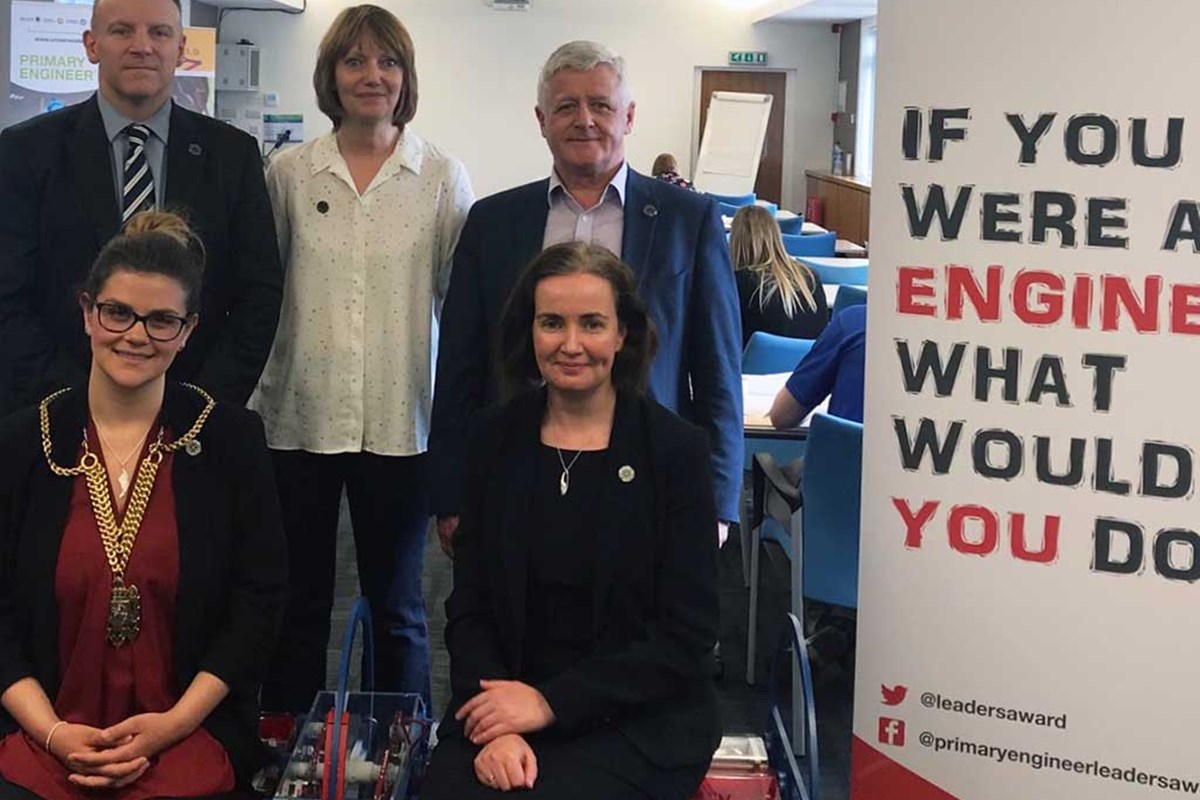 Around 100 engineers from across Fife have taken part in an event hosted by Fife College to grade and find winning inventions from young engineers of the future!

15,000 Scottish school children aged between 3 18 years, had their world-changing drawings of inventions graded by engineers from Scottish Engineering, Babcock International Group , Semta, Cisco, Forth Valley College, Gunt Technology, Axon Cable and Span Access Solution at Fife College between 8am and 7pm on Wednesday (25th April). The grading day formed part of a three-day tour of Scotland. The road trip from 24th 26th April is the next stage of the Scottish Engineering Leaders Award a Primary Engineer programme which aims to engage primary and secondary pupils in the creativity and careers related to STEM (Science, Technology, Engineering and Maths).

Now in its fifth year in Scotland, the grading of these ingeniously engineered drawings took place at three locations by more than 150 engineers from local, national and international engineering firms. Its the culmination of months of work put in by boys and girls from 262 schools.

Hugh Hall, Principal, Fife College said: Fife College is proud and delighted to be associated with the Scottish Engineering Leaders Awards for Schools. The event is built around young people from 3-18 who are invited to bring forward innovative engineering solutions to real life problems. These youngsters are the engineers, scientists of the future and are an inspiration to everyone, young and old, male and female. The grading day gives employers and engineers an opportunity to witness the engineers of the future in action and evaluate the ideas these young bright spares are coming up with."

Supported by leading organisations from the engineering sector including: Scottish Engineering, the RAF, The University of Strathclyde, WEIR Group, Clyde Marine Training, Vascutek, Babcock International Group, Skills Development Scotland, Allied Vehicles, Cloch Solicitors and the Institution of Mechanical Engineers, and the venues hosting these events Glasgow Caledonian University; the Advanced Forming Research Centre and Fife College, the Scottish Engineering Leaders Award simply asks children, pupils and students If you were an engineer what would you do?

Dr. Susan Scurlock, CEO of Primary Engineer and the Leaders Awards programmes, said: The childrens responses are inspirational, thoughtful, insightful and frequently hilarious. The engineers grading them are all very excited, in fact, we designed this programme so that engineers could inspire children, what we are now seeing is children inspiring engineers which is a real first."

Previous winners of the competition have seen their ideas developed and realised by engineering students from The University of Strathclyde including Aidan McCann, who at the age of 11 saw his design for the Shopping Trolley for the Elderly built and now on display at Glasgow Science Centre.

Paul Sheerin, CEO of Scottish Engineering added: "Whenever I meet Engineers and STEM professionals that have given their time to support events like these, Im always struck by the way they describe the extra energy that they leave with, having absorbed the output of a group of young people whose ambitions are as wide as their imagination. It underlines the broad value of the Primary Engineer programme, inspiring the young people taking part and also the Engineering professionals who return to their organisations with a spring in their step."